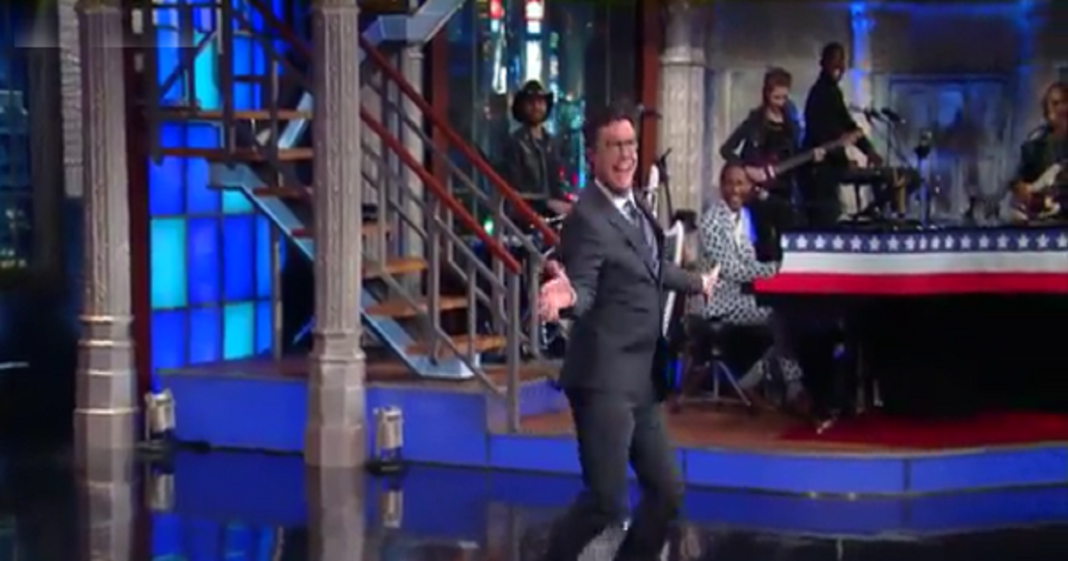 The American public generally views comedian Stephen Colbert as being one of the more PG-rated comedians on TV today, but during an un-broadcasted Q-and-A before “The Late Show” this week, Colbert revealed that the patriotic meta-conservative isn’t always so squeaky clean.

A member of the audience, a self-described college student, asked Colbert what he would ask Trump if he were on his show on that very night. These sorts of Q and A’s are a common pre-show exercise, but this one warranted a bit of an extreme response from Colbert.

“Well, we’re not broadcasting right now, so I’d say, ‘what does Vladamir Putin’s d*ck taste like?'”

To lessen the blow of joke, the in-house band began to play zany music and Colbert gave thee audience an impromptu dance, complete with jazz hands.

I can bet that he got a bit of a talking-to from corporate executives after that one!