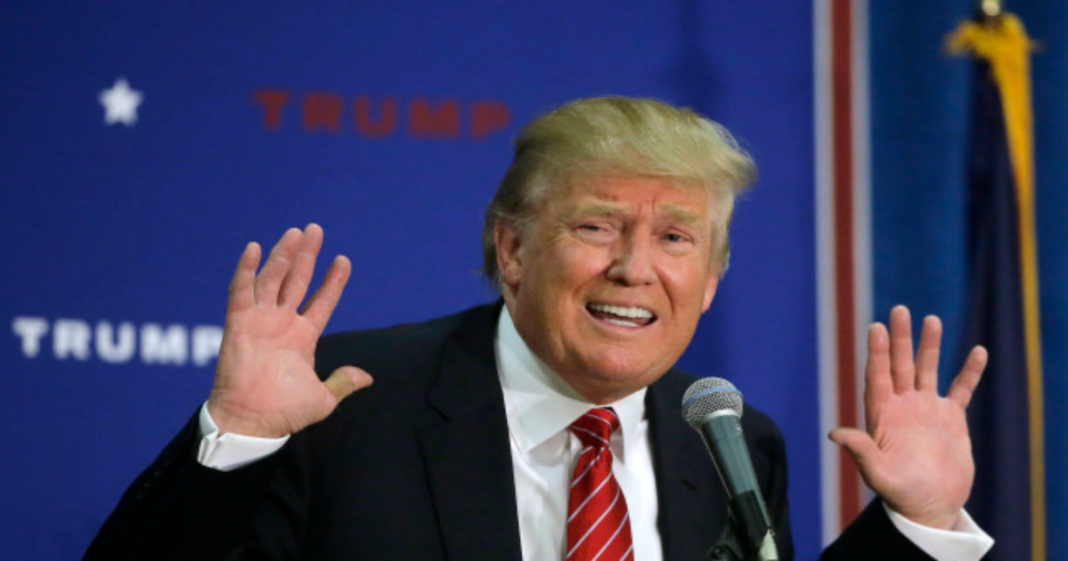 A major issue in the Democratic party this election cycle has been the large payouts Hillary Clinton received for speaking to Goldman Sachs and other wall-street and Big Bank organizations.

“Release the Transcripts” has been a frequent chant of Bernie-backing voters who are desperate to know what Clinton told big banks in exchanged for paydays in excess of $200,000.

While Clinton’s excessively cozy relationships with big banks and wall street continues to be a major flaw in her candidacy, now that the race is down to Donald Trump and herself, it’s important to note that Trump’s paydays for his speeches are far, far more excessive.

Donald Trump, as clearly illustrated throughout this election, is a big talker, and he gets paid big to do that talking.

President of the Learning Annex, Bill Zinker, said that by far, Trump is the best speaker with the largest draw. Zinker, who pays Trump anywhere from 1 to 1.5 million dollars a pop, says that Trump attracts massive audiences.

“He’s worth every penny. I’ve been doing this for 30 years. There is no better business speaker than Donald Trump. He attracts the biggest crowds in the world.”

According to Forbes, these staggering payouts place Trump at the highest all-time list for speaking fees, topping past presidents and famous celebrities.

Of course, Trump was speaking to real estate audiences, not big banks, so the comparison is not quite as poignant as it could have been. Nevertheless, if gross excess is what gets you fired up about Clinton’s speeches, just know that the Don has her way, way beat.