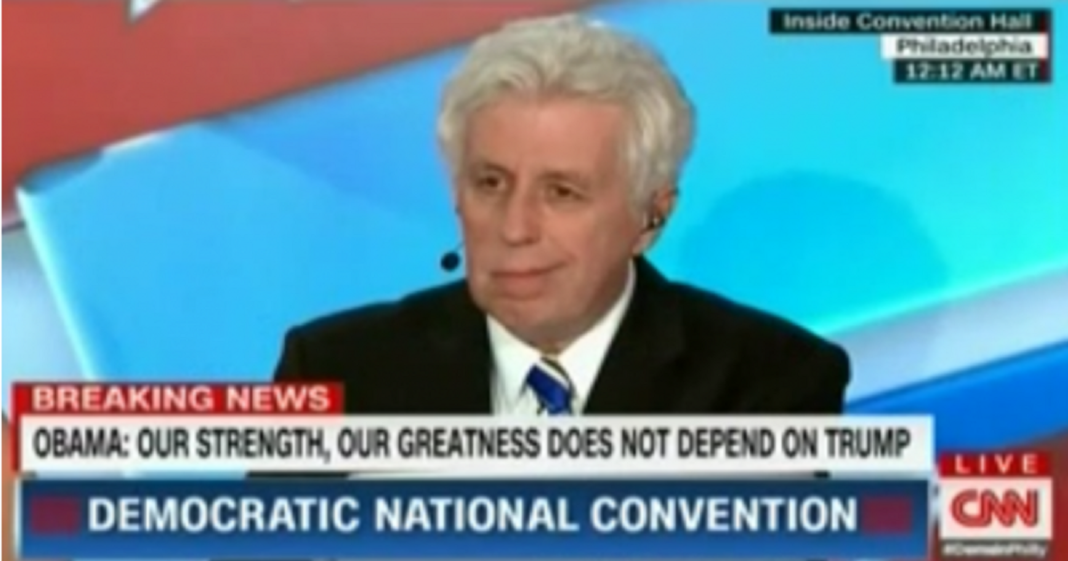 In today’s edition of “Insane People Who Are Given A Corporate News Platform,” beloved CNN contributor and mindless Trump devotee Jeffery Lord was given a public platform, yet again, this time to spread his anti-choice rhetoric.

Lord was so ready to hop off of the legitimate issue of gun violence and mass shootings during a discussion this week that he used a ridiculous connection between killings by gun and killings via abortion.

“In all the talk about guns, and gun control, etc., one of the things that people like me believe is that this is linked immutably to the issue of abortion. Why? Because abortion is about — you talk to pro-life folks — about respect for life. And if we have a culture that is saying, under the guise of pro-choice that children’s lives are not to be respected, that no one’s life is to be respected, you can’t reasonably expect people out there to think — if this is the culture they’re raised in, to not understand that the life is so valuable that they shouldn’t be out there taking life.”

Lord is not the first to make a connection between the legal and constitutional act of abortion with murder, but he is possibly the first to say the two are so deeply intertwined when it comes to gun violence.