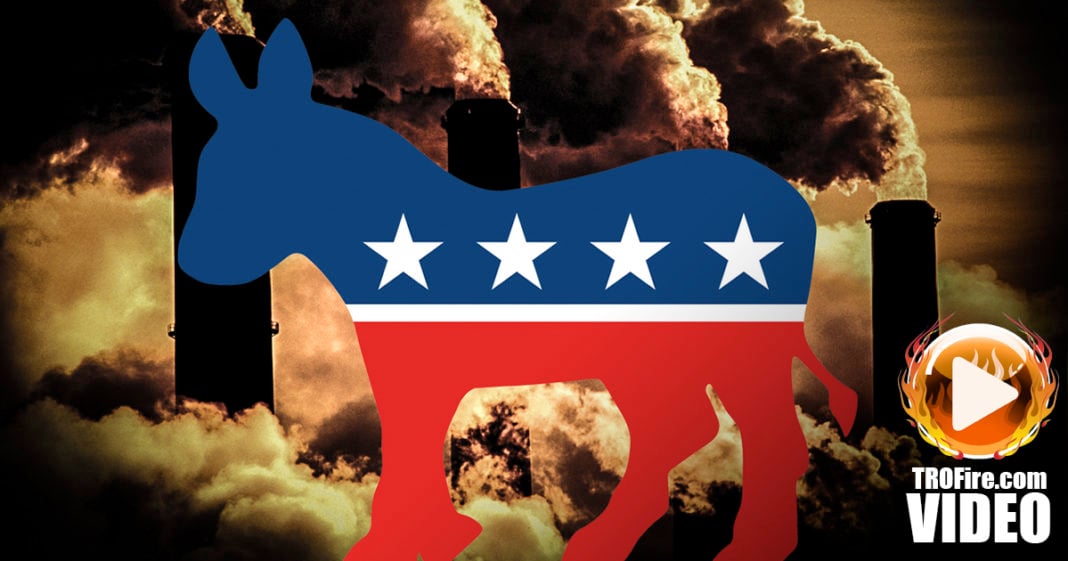 At a time when the planet is warming up at alarming rates, it would seem prudent for the Democratic Party – allegedly the Party of science – to make climate change a major theme of their convention.  Instead, they’ve let the fossil fuel industry sponsor numerous events that are leaving voters uncertain about the Party’s true intentions. Ring of Fire’s Farron Cousins discusses this.

Here’s a not so fun fact for everybody watching. The last fourteen months have been the hottest consecutive fourteen months in the history of temperature taking on planet Earth. That’s pretty remarkable, and you would think that the Democratic party, allegedly being the party of science, the party that wants to tackle climate change, would be making climate change a huge theme of their convention this week.

Instead, what we have is the American Petroleum Institute, one of the largest fossil fuel lobbying and misinformation organizations in the United States, is actually sponsoring events in Philadelphia to coincide with the Democratic Convention. Many of these events are aimed at bringing convention people over to API’s events. They’re not labeled as American Petroleum Institute events. No. Instead, the events are actually being hosted by Politico and The Atlantic. Politico has a very long history of allowing fossil fuel people to come in, write op eds against any regulations pro oil industry, and not disclosing who those people actually work for. They did that with BP in the wake of the oil spill, but API is paying for these events.

The backlash to this has actually been pretty big. Ten thousand petitions were delivered to the DNC to try to prevent anyone from attending these events sponsored by the fossil fuel industry, but it is very telling. I mean we do have Democrats that are going over to these events. The fossil fuel industry has a huge presence at the Democratic Convention, and that’s not okay at this point.

We know that fossil fuel companies are giving huge money to Democrats this year. They’re giving decent month to Republicans, but the majority of it is actually going to Democrats, and why is that? Because they think we’re going to have a president that’s going to do nothing about climate change, much like President Obama. President Obama has talked a big game about climate change, but when it comes to action, he has not delivered. The Earth is getting hotter. The polar icecaps are melting at a much more rapid pace than scientists had ever predicted, and, as we all know, climate change is fueling conflict around the world, and we’re doing nothing. The Democratic party is doing nothing, and the fossil fuel industry is betting all their money this year on making sure that Hillary Clinton not only gets elected, but when she’s in the White House, that she does absolutely nothing to reign in the fossil fuel industry’s relentless carbon emissions that are helping to destroy this planet.