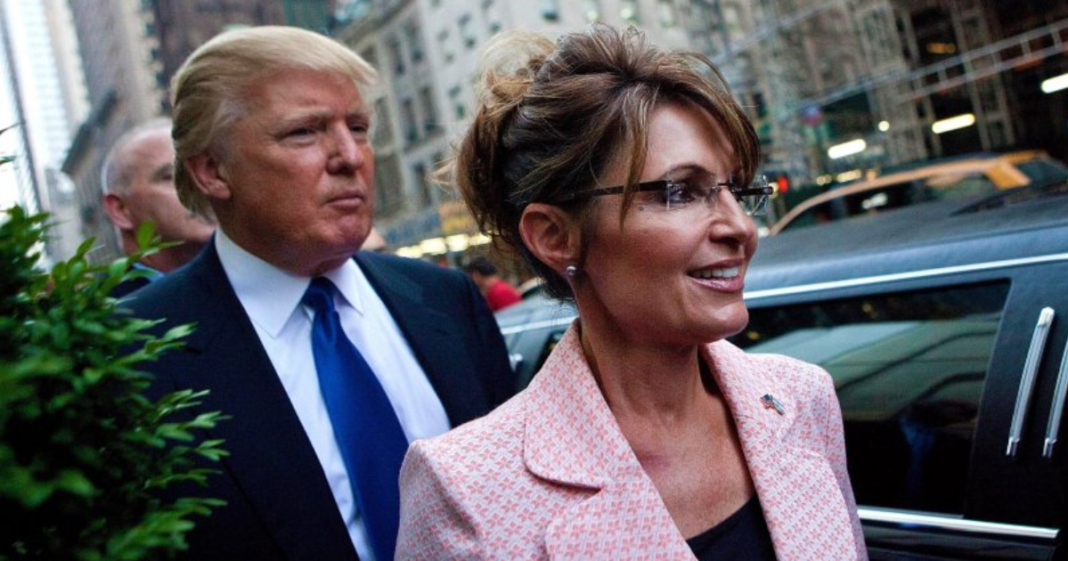 We are all aware that former Governor and vice presidential candidate Sarah Palin wasn’t ever the sharpest crayon in the box, but no one knew this better than the people tasked with handling and speaking for the woman during her run with Senator John McCain in 2008.

Nicole Wallace, one of said former staffers, went on CNN this week to comment on the current election cycle. What she had to say about Donald Trump should make every intellectual bone in your body quiver.

She told the CNN audience that while Sarah Palin was a dummy who tried to be smarter, Trump is a dummy who doesn’t care to learn a thing.

“Sarah Palin went to bed with an open highlighter smeared on her face most nights because she was trying to learn. She was up all night studying and she understood that she was on the ticket with a man who was respected around the world… I don’t know if this is a gender thing, but he’s not even trying to learn.”

When anti-intellectualism is more popular than learning a damn thing, this is what we get for a presidential candidate. Are you happy, America?