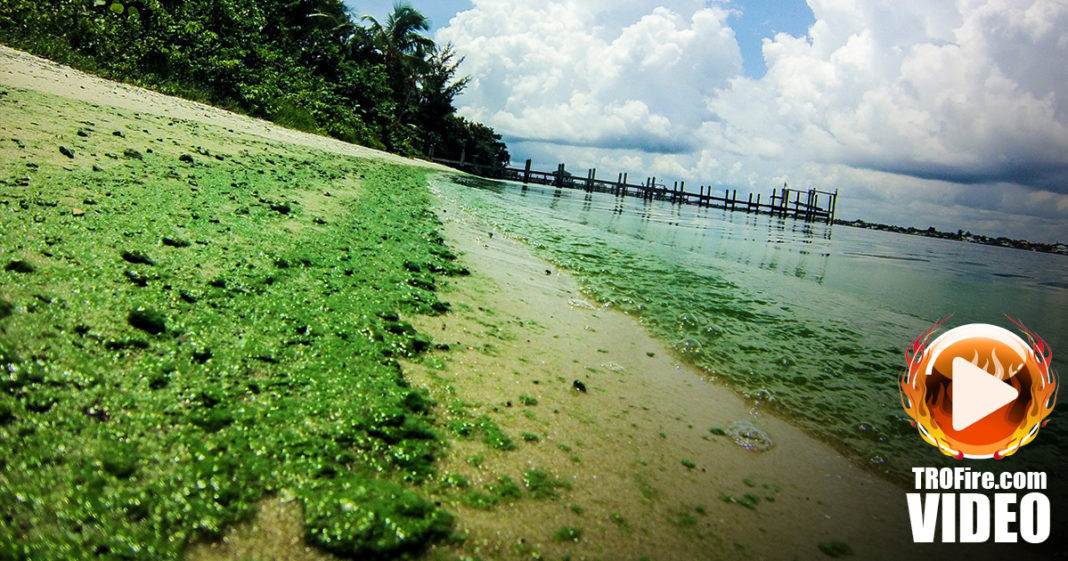 The Florida Environmental Regulation Commission has voted to ease the regulations on water safety standards for The Sunshine State, increasing the allowable limits on at least 20 toxic chemicals in our waters.  Some of these chemicals are known carcinogens, and this vote came during the worst algae bloom in the state’s recent history. Ring of Fire’s Farron Cousins discusses this.

In case you were unaware the state of Florida right now is suffering under this disgusting algae bloom down in south Florida, Lake Okeechobee and all along the salt water beaches of the Gulf of Mexico and some in the Atlantic. This algae bloom is highly toxic. Scientists describe it as thick as guacamole. Obviously the state of Florida had to declare an emergency for these areas because they don’t know what to do.

Yesterday the Florida Environmental regulation commission took a vote. In that vote they decided that the best way to handle the problems with the water in the state of Florida is to allow corporations, companies, people, everyone to pollute our waters even more. That is not an understatement. This vote yesterday allows at least 20 chemicals to have their legal limits raised as to how much of that particular chemical can be released into Florida waters.

Many of these chemicals, benzine and the like, are known human carcinogens. That’s Florida’s brilliant plan to combat our dirty water is to make it even more poisonous for human beings. That’s what you get under republican rule. I think that’s something everybody as we head into November in these elections needs to realize. Florida is 100% controlled by republicans. Look at how disgusting this place has gotten. I live here. I see it everyday. Our government is completely corrupt because it’s completely republican.

That’s what’s at stake in November. Do we really want republicans like those running the state of Florida that are willing to destroy our water even more so corporations don’t have to regulate themselves? Is that we want in Washington? Is this what we want to happen all over this country? That’s what’s at stake. That’s exactly what would happen with a Donald Trump presidency.