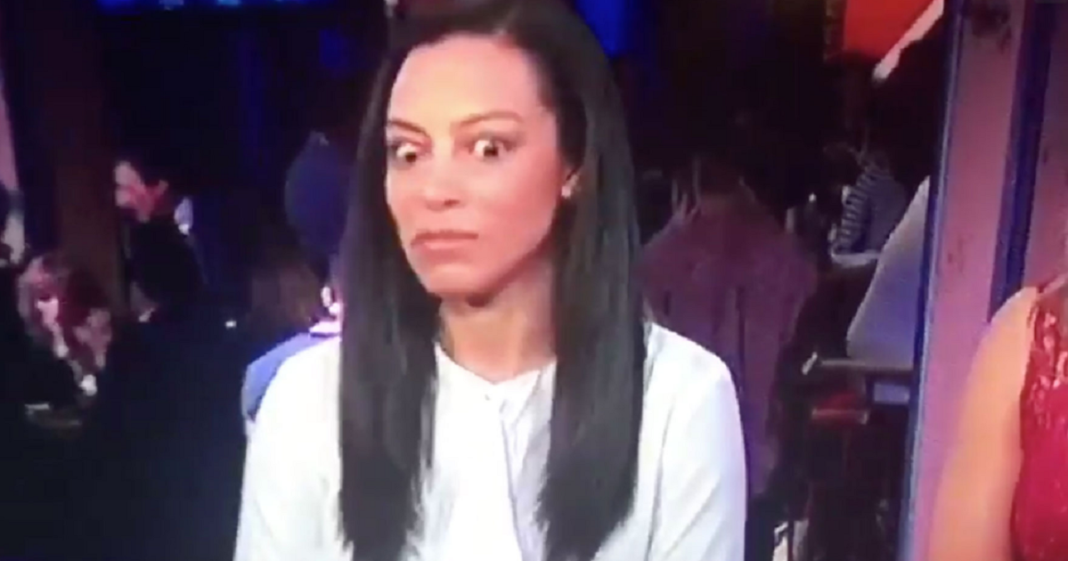 Sometimes, with the amount of corporate media we are all exposed to every day, we forget just how human the talking heads who appear on Fox, CNN, and MSNBC are. While perfectly coiffed and perfectly rehearsed pundits yammer on about the latest scandal, we all wonder, how can they do it day in and day out?

It turns out that they can’t always.

Case in point: Angela Rye, a CNN guest who was unable to hold back her hilarious reactions when a Trump surrogate simultaneously attacked Hillary Clinton’s record while extolling the fictional virtues of her beloved Donald.

As the pundit gave her Trump-tainted spin on the historic nomination of Clinton in the Democratic party, Rye’s face switched from teen angst, to unbridled horror, to apathetic eye-rolling, and back again.

Rye, who has appeared on CNN before, said that her hilariously uncharacteristic reaction was a combination of trying to not appear as the “angry black woman,” as well as her inability to have a “poker face.”

“For me, yesterday, it was such a historic moment. Regardless of whether you’re with Hill or you’re feeling the Bern, we had to appreciate the magnitude of that moment,” she told the Cut. “To switch gears from shattering glass ceilings from Michelle Obama’s dynamic speech to Cory Booker to Eric Holder the night before, to then talk about ISIS? Are we really doing this right now?”

Rye’s non-verbal outburst may not have won her any approval in the newsroom, but for so many of us, her reaction is exactly what we have all been feeling throughout this absolutely insane election.

WHO IS THIS WOMAN AND WHY ISN’T SHE MY BEST FRIEND YET?!? @CNN #Hillary2016 #DonaldTrump #DemsInPhilly pic.twitter.com/soyC5TvLFJ

Source : Read the rest via the poker sites website top10pokerwebsites.net