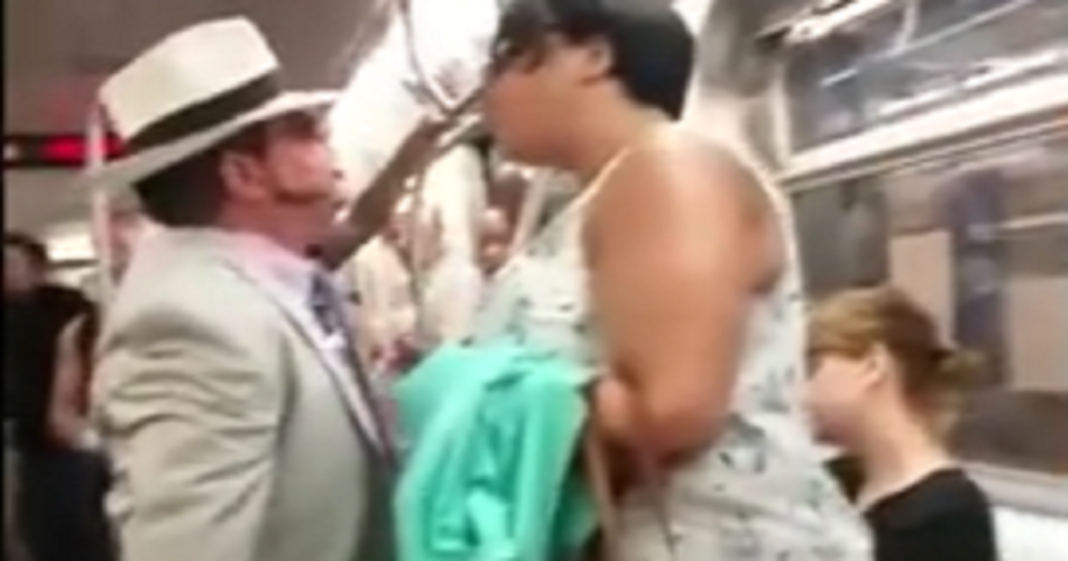 On a subway car in Brooklyn, an irate and possibly mentally unstable Trump supporter carried out a racially-fueled verbal attack on a black woman.

The man, comically dressed in a tan tailored suit with matching hat, shouts vulgarities at the woman. The man is irate and appears ready to escalate the argument into a physical altercation except for the fact that he’s at least a foot shorter than the woman.

The argument appears to be two-sided as the woman shouts back at him – apparently arguing about the fact that she took the last seat in the crowded car.

Ok, sure, he likes Trump but what does that have to do with this woman?

“Put them back in the f*cking fields where they belong.”