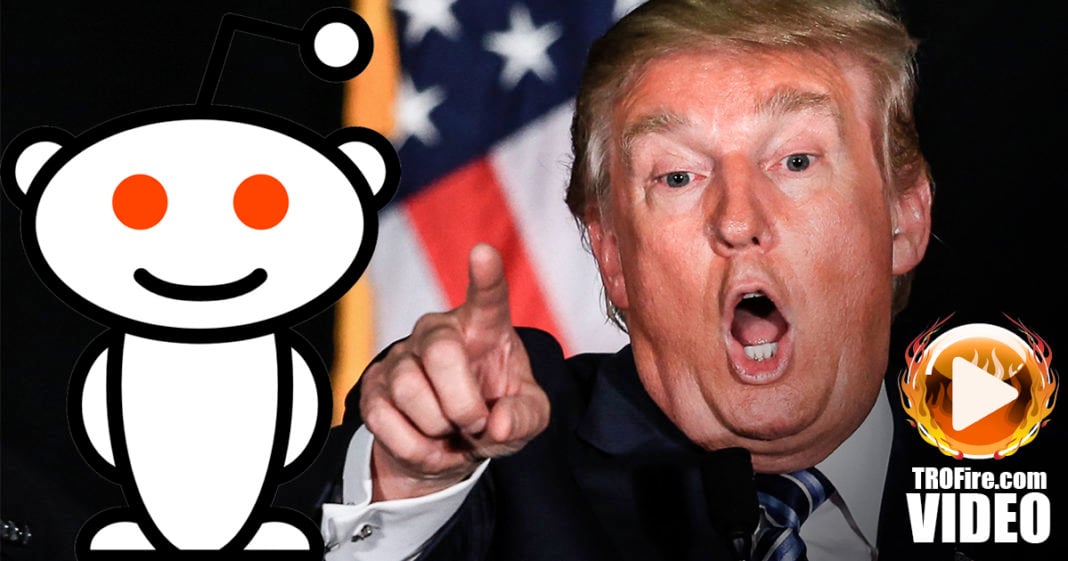 Donald Trump did a Reddit “Ask Me Anything” session yesterday, where he fielded questions from a select group of Trump supporters. And just so his feelings didn’t get hurt, and to prevent any tough questions, any user posting a question that even remotely criticized The Donald was promptly banned from the forum. Ring of Fire’s Farron Cousins discusses this.

Yesterday, Donald Trump did a Reddit Ask Me Anything session, where he was fully prepared to answer any question that the audience had to throw at him. That is, any member of that Reddit audience that was basically approved, already a member of the Donald forum that they did it on, instead of the regular Ask Me Anything forum. They made sure, absolutely sure, that every single person that asked Donald Trump a question, was a die-hard Donald Trump supporter.

This is very unusual for a Reddit AMA, and as I previously mentioned, they did this on the pro-Donald Trump Reddit page, instead of the typical Ask Me Anything page, because they wanted to make sure that Donald did not get any curve balls thrown at him. Any questions that could be seen as anti-Trump, or even possibly that would make him have to think a little bit were completely thrown out. In fact, a total of 2,200 people ended up being banned by the forum throughout Trump’s entire AMA.

Now, of course this is ridiculous, but it shows you what kind of person Donald Trump really is. He can’t handle the tough questions. He can’t handle criticism when it’s directed at him. It’s one thing to read a story that’s negative about you, or see a TV segment. When people are directly confronting you, Donald Trump, in typical bully fashion, cannot take it, and he runs and hides. Except this time, he had the mods at Reddit run and hide for him.

This guy is not mature enough. He is not mentally strong enough to be the President of the United States. This little stunt that they pulled yesterday with this AMA fluff session absolutely proves that Donald Trump is too weak-willed to ever run the United States.