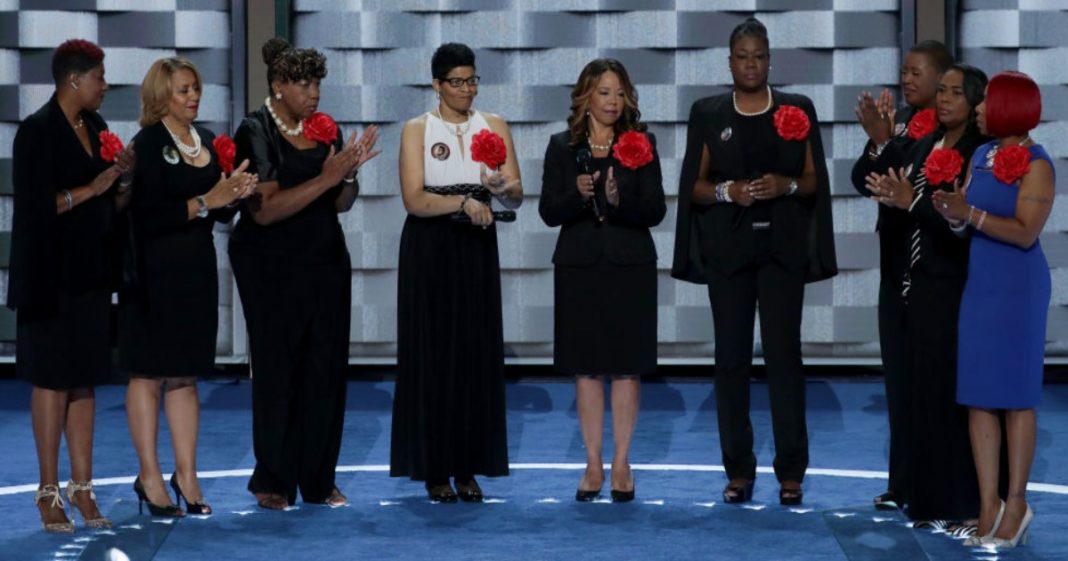 On day two of the Democratic convention, a special group of women were honored in a big way: dubbed “Mothers of the Movement,” the mothers of black adults killed by police brutality were featured on the big stage Tuesday night as a part of a party-wide belief that police reform and racism are major issues in American politics.

In a display you could never dream of seeing at the white-washed RNC, the outspoken, 9 strong, black women shared their experiences of losing their sons and daughters to a biased society and an out-of-control police force.

Sybrina Fulton, the mother of Trayvon Martin, explained that she and the other mothers didn’t choose to be a part of the movement – they were forced into it through the violent actions of others.

While there are a multitude of legitimate criticisms of Hillary Clinton, there is no denying that she has given a significant amount of attention and concern towards these women.

“Hillary Clinton isn’t afraid to say black lives matter. She isn’t afraid to sit at a table with grieving mothers and bear the full force of our anguish. She doesn’t build walls around her heart. Not only did she listen to our problems, she invited us to become part of the solution.”