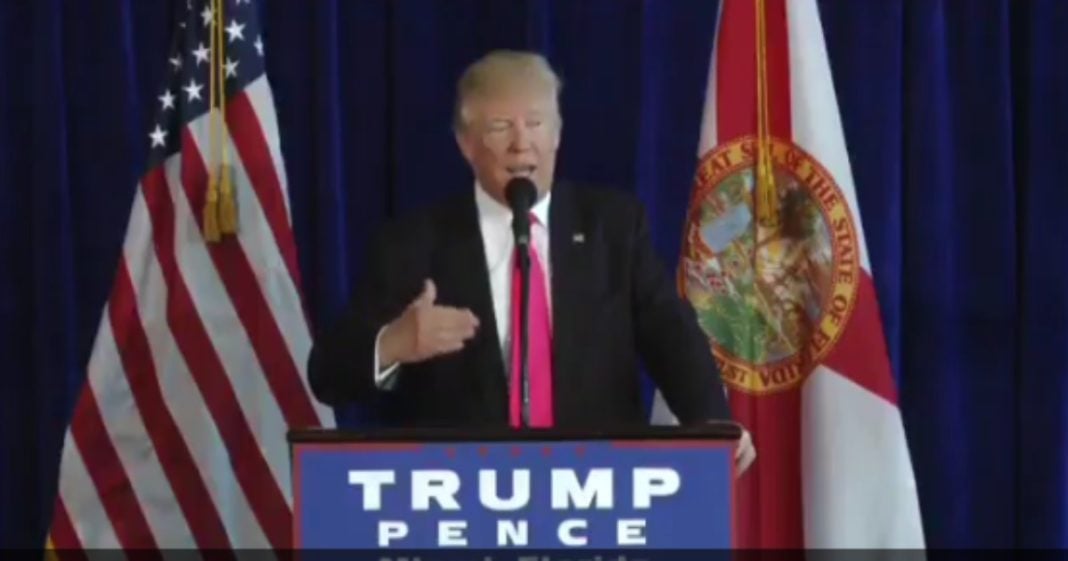 During a trainwreck of a press conference held Wednesday morning in Doral, Florida, Republican nominee Donald Trump attempted to deflect attention off of himself concerning possible Russian involvement in last week’s DNC email leak, before immediately calling on Russia to directly interfere.

In almost the same breath that Trump swears up and down he has no association with the Kremlin, he also calls on Russian hackers to locate Hillary Clinton’s deleted emails. If they do so, Trump promises that they will be “rewarded greatly.”

“It’s just a total deflection, this whole thing with Russia.

So what was all of that about him having never even spoken with Vladimir Putin?