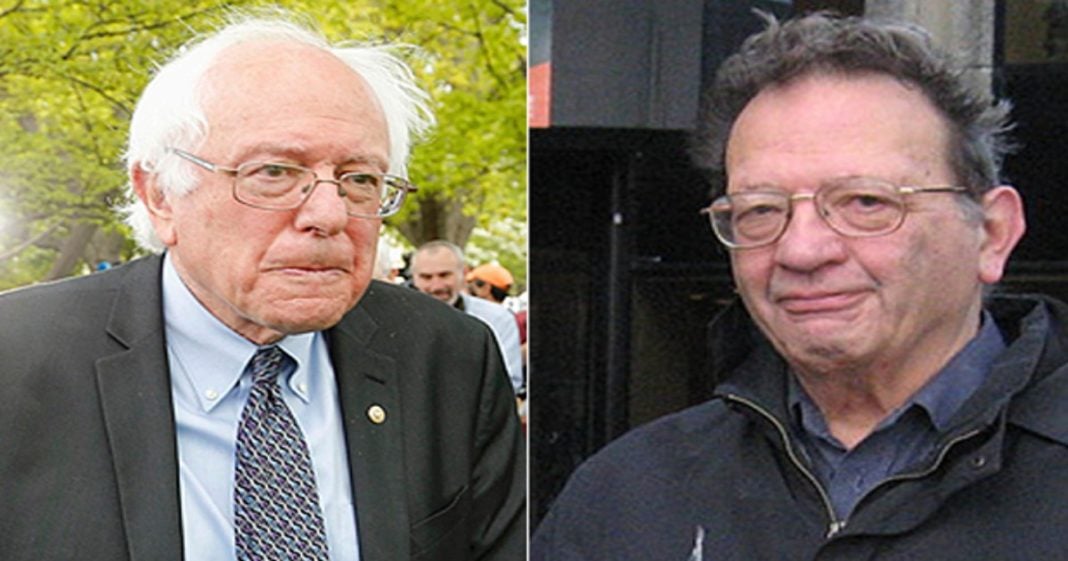 Senator Bernie Sanders’ expat brother Larry Sanders was able to join him on the Democratic convention floor as he served as a delegate for the Democrats abroad delegation.

In what is likely to be the most touching moment of the entire Democratic convention, The two Sanders brothers shared a touching moment during the roll call process, with Larry telling Bernie just how proud he felt their parents would be of how far he has come.

As the two Sanders brothers shared this message, an entire convention center apart, the Senator teared up as his wife and others offered a comforting pat on the shoulder.

DNC roll call underway; @BernieSanders tears up as his brother says his parents would be proud of his campaign pic.twitter.com/LRU6YADMGC