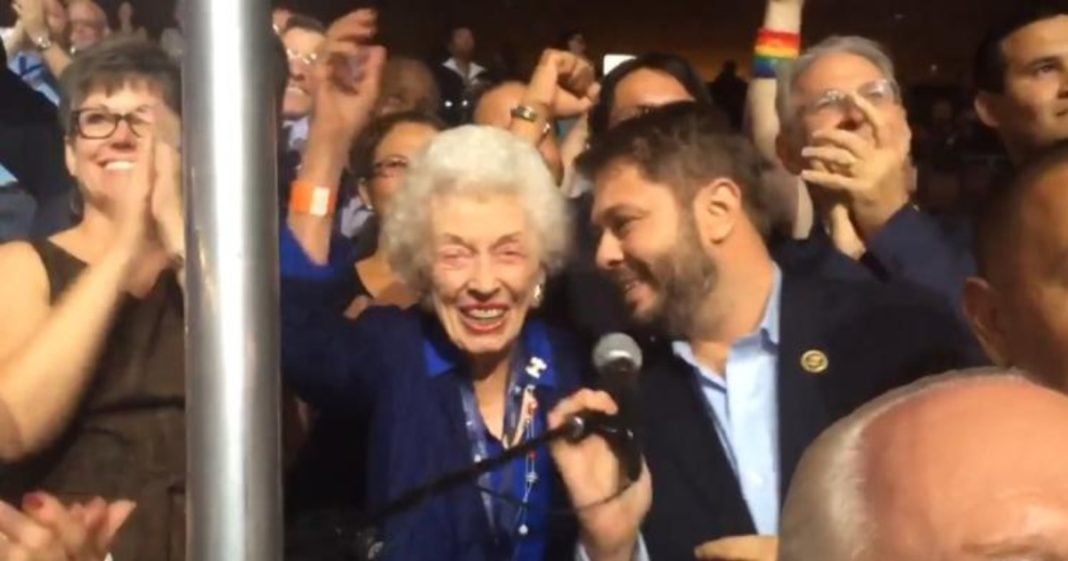 The Democratic convention was full of a diverse array of delegates, from all different races, religions, and sexual orientations. Old and young, the delegates assembled on Tuesday to declare their state delegate votes for Bernie Sanders or Hillary Clinton.

It was this centenarian woman and her participation in the roll call process which truly brought home the impact of this nomination. Clinton’s identity aside, there is no denying the nomination and likely election of a woman candidate means for women, young and old, all over this nation.

This woman has lived through a lot, and likely for most of her life she believed that this day would never come – and yet it has.