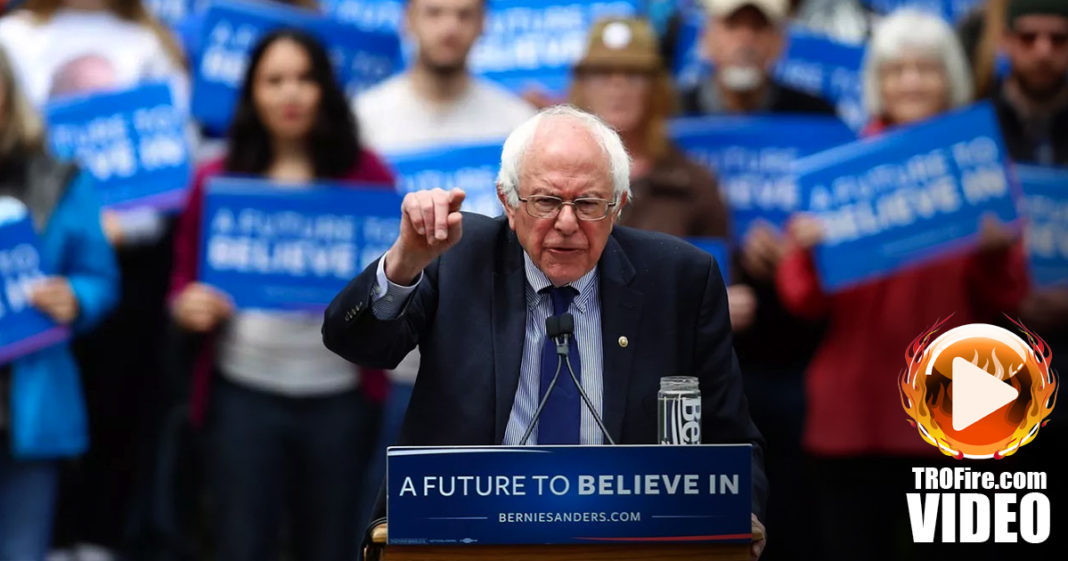 The progressive movement that propelled Senator Bernie Sanders into the national spotlight might feel defeated and betrayed right now, but they are only defeating themselves if they abandon their mission. Ring of Fire’s Farron Cousins discusses this.

At the Democratic National Convention yesterday a group of Bernie Sanders supporters staged a walkout after Hillary Clinton officially secured the nomination. Also during the convention a lot of the Bernie or Bust movement went to a rally with Dr. Jill Stein.

I am not here to tell anybody what they should do, what they should believe, or how to really make change in Washington. I can tell you this, the Bernie Sanders movement, that progressive group of people, young people, old people, everyone in between, that group of people has so much power and they’re pissing it away. They are abandoning the democratic party because they feel cheated. I understand that, but if you abandon that democratic party you abandoning your power. Your negotiating ability is gone if you abandon.

I’m not telling you to stay with the party. You can be part of whatever party you want to be. We know that it is because of that progressive movement that Debbie Wasserman Schultz was kicked out of the DNC. It’s because of that progressive movement that Hillary Clinton finally said, “No, I do not support the transpacific partnership.” It’s because of that progressive movement that both Hillary Clinton and President Barack Obama now say that they would support a single payer healthcare system in the United States. They’re not doing that because they finally realized it’s a good idea. They’re doing it because they see the power of the people. They see that that is what they people want and that people are willing to fight for that so they have said, “Yes. I will get on board with this because you pushed me to do it.”

That’s what important here. If you stop pushing. If you stop fighting. If you abandon the party then you lose all of that power. That’s why you have to continue. Maybe you don’t have to be a part of the democratic party in order to do that. If you just give up and say, “To hell with it. Bernie Sanders is a traitor” what does it tell you that Bernie Sanders isn’t even Bernie or Bust?

We have a real problem with this demagogue, this con man that is at the top of the republican ticket. Right now he is ahead in the poles. That’s probably going to change in a couple days, but right now according to Nate Silver, the god of statistics, Trump is going to win. That’s a problem because all of those gains that we have gotten under President Obama, all of the ones we could get under Hillary Clinton if we keep fighting, will be gone. We won’t even be starting from the bottom. We’ll be starting from below the bottom after Donald Trump destroys everything that we have done for 8 years.

That’s not worth it. I don’t see how any rational person can look at that and think that it is worth it. My message to the Bernie Sanders supporters who are walking out of the democratic convention right now is to stay there and keep fighting and work to change it from the inside. You have already made huge gains. Don’t dismiss what you’ve already done. Understand that you have the power to keep pushing the party to the left. If you walk out you’re leaving that power behind.