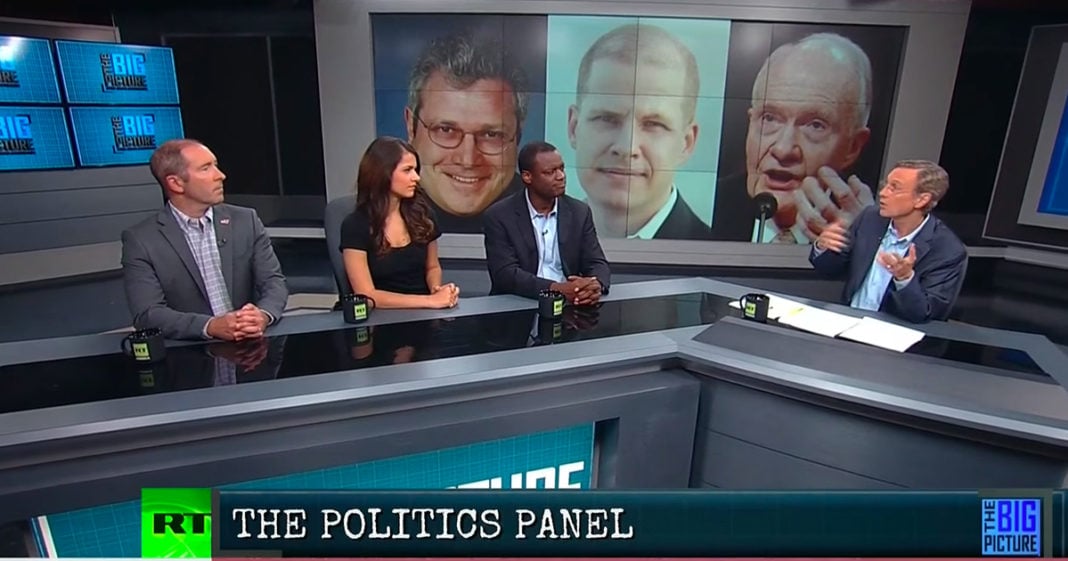 Hughey Newsome, BOLD.global/Move-On-Up & Anya Parampil, RT America & Bryan Pruitt, RedState joins Thom. If the Clinton campaign wants to win over the Bernie Sander supporters it hasn’t won over already – that’s the argument it’s going to have to make in some form or another between now and November. But there’s one tiny problem. For someone who’s supposedly such a progressive – Hillary Clinton is starting to win over a lot of Republicans. And these aren’t just any Republicans – I’m talking the most Republican of Republicans – the neocons. So what are progressives supposed to make of these very high profile Republican supporters of Hillary Clinton? Do they tell us more about Clinton or her opponent – Donald Trump? And will they affect how she runs her campaign over the next 3 months?