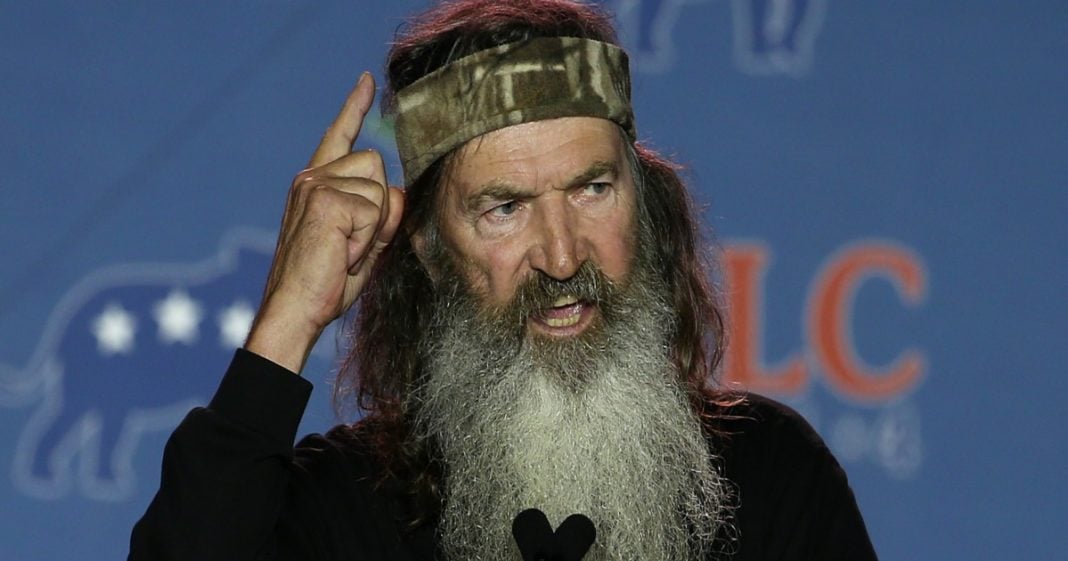 An unfortunate side effect of the 2016 election is that we’ve all been forced to see and hear a whole lot more of the Duck Dynasty crew, but thanks to the GOP’s love affair with the hick family, we get to hear political opinions from the bearded buffoons nearly weekly.

This week, Poppa Duck Phil Robertson said that if Donald Trump doesn’t get elected in November, he might just fall of the face of the planet – fingers crossed!

Robertson told right-wing slop Breitbart that he is depending on evangelicals nation-wide to elect Trump in order to protect the nation from “spiritual warfare” and the “the depraved brunch, this political correct crowd.”

If they don’t, he might just go back to hiding in the backwoods (oh no!).

“If the Republicans and the evangelicals do not get off their posteriors and vote, I think I’m going to head back to the woods and hide out.”

You don’t have to threaten us with a good time, Quackers!