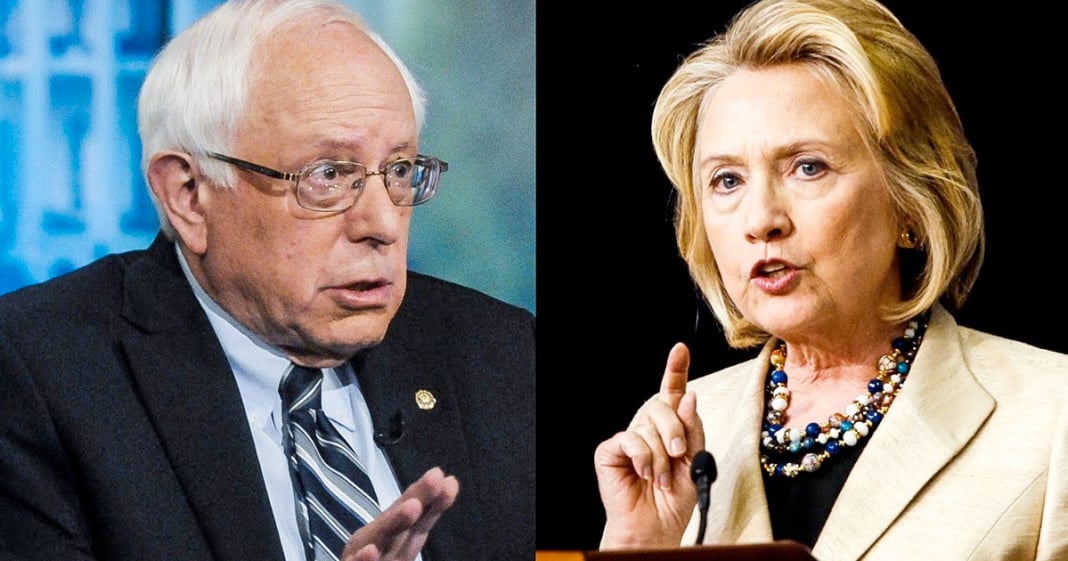 During an already contentious Democratic Convention, now in its third day, Wikileaks recently released emails reveal that the DNC was attempting to conceal details of the Clinton campaign’s joint fund raising activities with state parties. Specifically, the DNC colluded in an arrangement by which Clinton kept more than 99% of the money raised – leaving state and local candidates with mere pocket change. Moreover, the emails show that those who were involved were frantically trying to get their stories straight in attempts to cover their collective behinds.

Both the Sanders and the Clinton campaign signed joint fund raising agreements with the DNC last year. Under these agreements, candidates are allowed to receive virtually unlimited funds from individual donors thanks to the Supreme Court decision in McCutcheon v. FEC, which ruled that the aggregate limit on political donations is unconstitutional. The Clinton campaign’s joint account is called the “Hillary Victory Fund,” which has received donations from individuals in excess of $350,000. In contrast, Sanders’ contributions from individuals averaged approximately $27.

The role of Big Money in political campaigns has been a hot button issue in this election cycle, and both Clinton and Sanders have spoken on this matter. The fact that Clinton has received such large donations from extremely wealthy individuals has been used by Sanders supporters to label Hillary Clinton as the Democratic Party’s “Wall Street Candidate.”

But what really concerned the Sanders campaign was that $16.4 million of the money that flowed into the Hillary Victory Fund was used for direct mail solicitations and online advertising – generating small donations that went only to Clinton, not the DNC or any state and local candidates.

This concern was expressed in a letter from Sanders campaign attorney Brad Deutsch to the DNC’s then-chairperson, Debbie Wasserman Schultz, dated April 18th of this year. According to Larry Noble, formerly an attorney for the Federal Election Commission, that arrangement “clearly goes against what was intended for the joint fundraising committees.” However, while Mr. Deutsch’s facts were essentially correct, Noble said that it wasn’t exactly illegal, calling it a “gray area.”

So – if Hillary Clinton’s joint fund raising arrangement was (somewhat) legal, why was her campaign trying to hide the details? And why were they trying to spin the facts and working so hard to keep their stories straight? According to Clinton supporters, the arrangement was supposed to have helped down-ballot Democratic candidates at the state and local level – yet state party organizations received less than 0.5% of the money raised.

If nothing else, the revelation of the emails – which were released just in time for the start of the Democratic Convention this week – is proving to be a big embarrassment for Hillary Clinton, who, like her former rival, has made the influence of Big Money in politics one of the planks of her campaign platform. In addition, the emails indicated that Wasserman Schultz and other DNC officials, getting nervous about growing support for Sanders and his “socialist” agenda, were literally rigging the primaries in Clinton’s favor, as Sanders supporters have been alleging. For example, in an email dated May 5th, DNC Chief Financial Officer Brad Marshall wrote:

“Can we get someone to ask [Sanders] his belief? Does he believe in God? He had skated on saying he has a Jewish heritage. I read he is an atheist. This could make several points difference with my peeps. My Southern Baptist peeps would draw a big difference between a Jew and an atheist.”

Apparently, like many Republicans and other conservatives, Mr. Marshall and Ms. Dacy conveniently forgot that “no religious test shall ever be required as a qualification to any office or public trust under the United States.” Or maybe Marshall didn’t forget – but it didn’t stop him from suggesting that Sanders’ alleged lack of religious convictions be used against him.

In the end, of course, Wasserman Schultz, Marshall, and other DNC officials didn’t give a tinker’s damn about Sanders’ religious beliefs, or lack thereof. They were just nervous because an anti-Wall Street “socialist,” a true statesman and servant of We The People, was threatening to shake up the status quo by having the temerity to actually get elected.

In regards to the Clinton campaign’s questionable fundraising activities, those leaked emails show that DNC officials were frustrated about the embarrassment Sanders was causing them by speaking out on the Big Money – particularly in light of their chosen candidate benefiting so handsomely from it.

The sad part of all of this is that it is driving a wedge between the Sanders and Hillary camps at a time when party unity is sorely needed. Bernie himself has endorsed Hillary, urging his supporters to get behind the party’s nominee. At the moment, Donald Trump is dancing in glee. On Monday, he tweeted:

“Here we go again with another Clinton scandal, and e-mails yet (can you believe). Crooked Hillary knew the fix was in, B never had a chance!”

Okay, so the DNC rigged the primary in favor of Hillary. We get it – Hillary Clinton’s fund raising practices are questionable, to say the least.

But Donald Trump is dangerously insane.

Hillary Clinton, like so many other politicians over the centuries, is a flawed human being. But at least she has experience, and a liberal spirit. Considering the alternative and the disaster that a Trump administration could bring upon the U.S. and the world, Democrats and progressives must set aside their differences and get behind Hillary Clinton.

Instead of bewailing the fact that our candidate didn’t get the Presidential nomination, those of us who supported Bernie Sanders need to roll up our sleeves and get to work cleaning House – and Senate. And once that is accomplished, we need to pressure our Senators to make Bernie the Majority Leader – because that is where the rubber hits the road, and that is where the real power lies.