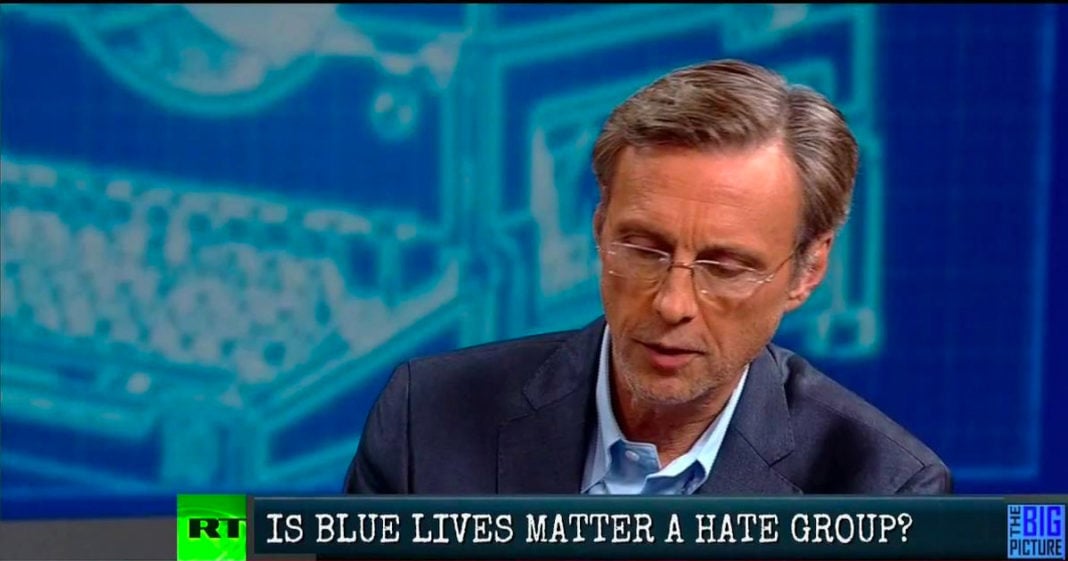 Max Blumenthal, Grayzone Project-Alternet/The 51 Day War joins Thom. When Black Lives Matter protests first made their appearance on the national scene – the line from conservatives was “No, black lives don’t matter – ALL lives matter.” Right-wingers have kept up this kind of thinking for most of the past year – but lately they’ve come out with a new slogan to demonize anti-police violence protesters. You might have heard Milwaukee County Sheriff David Clarke say it at the Republican National Convention. Here’s the thing – though – Blue Lives Matter is more than just a slogan. It’s a hate movement.