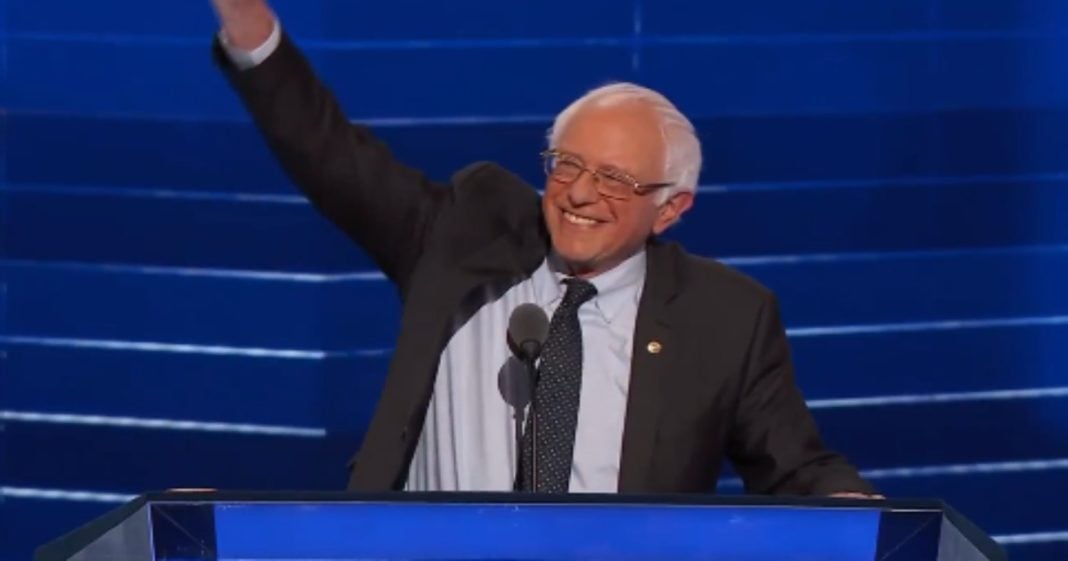 It was the moment that so many broken hearts had waited for – on Monday evening, the final speaker, Senator Bernie Sanders, took the stage at the Democratic convention to roaring, nearly unending applause.

Bernie waited patiently for the adoring applause of his supporters to die down so he could begin his address, but the cheers and roars continued on for more than three minutes.

The joy and sadness in Sanders’ face was apparent as he listened to the passionate admiration of Democrats all over the convention center.

The camera panned around the room, stopping on the faces of some Sanders supporters, tears streaming down their faces, defiantly holding up “A future to believe in” signs.

None of his previous events, no matter how well-attended and no matter the venue, had offered this level of vocal support for the candidate who was facing a bittersweet end.

This is the revolution he created, and he deserved every moment of that heartfelt embrace from the roaring crowd. This was and is a real political movement, and we may have lost the battle, but with the guidance of Bernie Sanders, we will win the progressive war.

DNC crowd cheers for over 3 minutes after @BernieSanders is introduced, including some brought to tears. pic.twitter.com/k7dWldvVvK