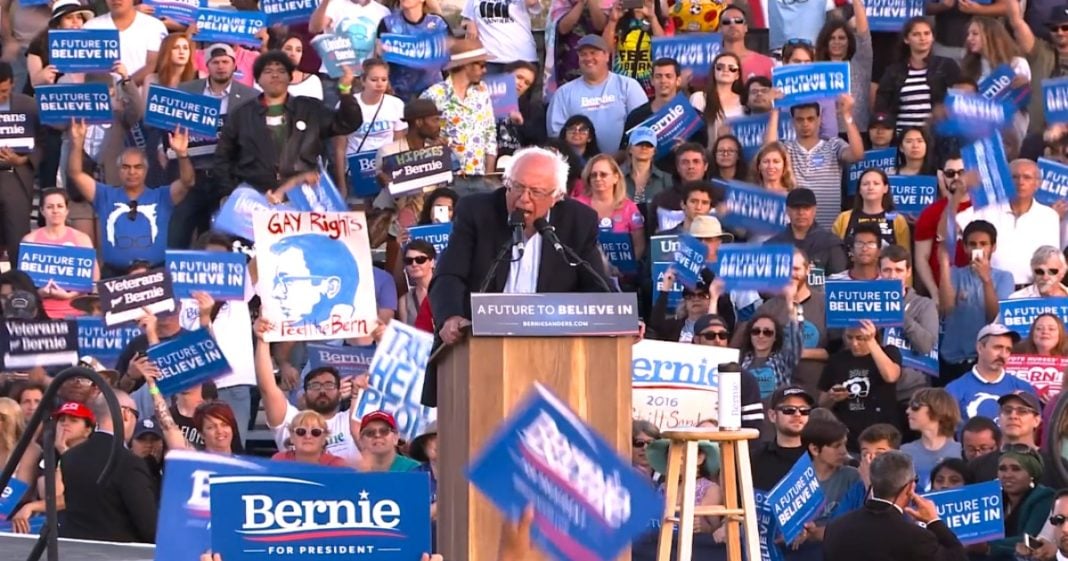 Though the Bernie Sanders presidential campaign did not reach its ultimate goal of putting Sanders in the White House, it is undeniable that the campaign has inspired a permanent change in the Democratic arena, a honor for which Sanders should be immensely proud.

On Monday evening, as Sanders took to the stage at the Democratic convention to offer, once again, his endorsement for Hillary Clinton, the Sanders campaign posted this inspiring political video onto his official Facebook page.

We only go around once, we may as well make history as we go around.”

The video highlights the most historic elements of the campaign and offers an inspiring promise for the future.

A beautiful homage to a great man, a great campaign, and the great political movement we should all be grateful to have been a part of.