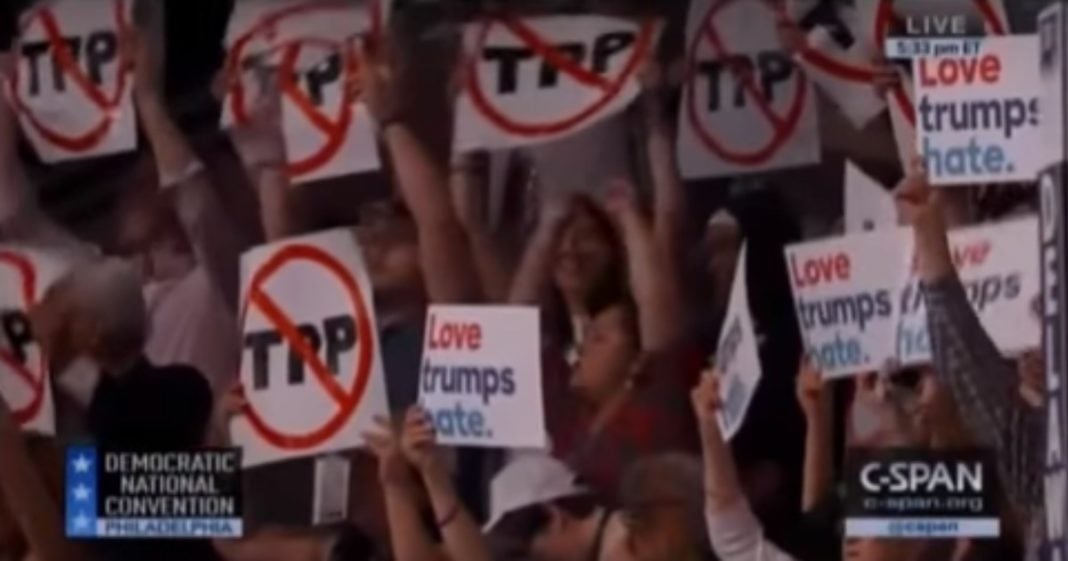 Though the DNC must have expected a certain degree of Bernie-supporting protesters at the Democratic Convention this week, what they were unprepared for was a vocal minority of individuals making their dissent over the disastrous Trans Pacific Partnership apparent, even in the most inconvenient of moments.

The protesters held up signs which read “No TPP” and chanted the same message. Their demands were simple: since both Democratic candidates have said publicly that they’re against the TPP, and even Clinton’s vice presidential pick Tim Kaine has changed his stance to be also anti-TPP, the measure should be a simple addition to the Democratic platform.

As it currently stands, the democratic platform makes no mention of the trade deal for which Sanders has been the most vocal opponent. This could be an additional concession that the Democratic party makes in order to win Sanders supporters to the Clinton camp, but clearly they have a vested interest in keeping this key policy out of their platform.

The chants of “No TPP” came out most strongly while Maryland congressman Elijah Cummings addressed the convention early on. Cummings has said that he personally disagrees with the TPP, but that he would offer no resistance if the party chooses to embrace the trade deal.

For his passivity, the crowd rewarded him with deafening roars.