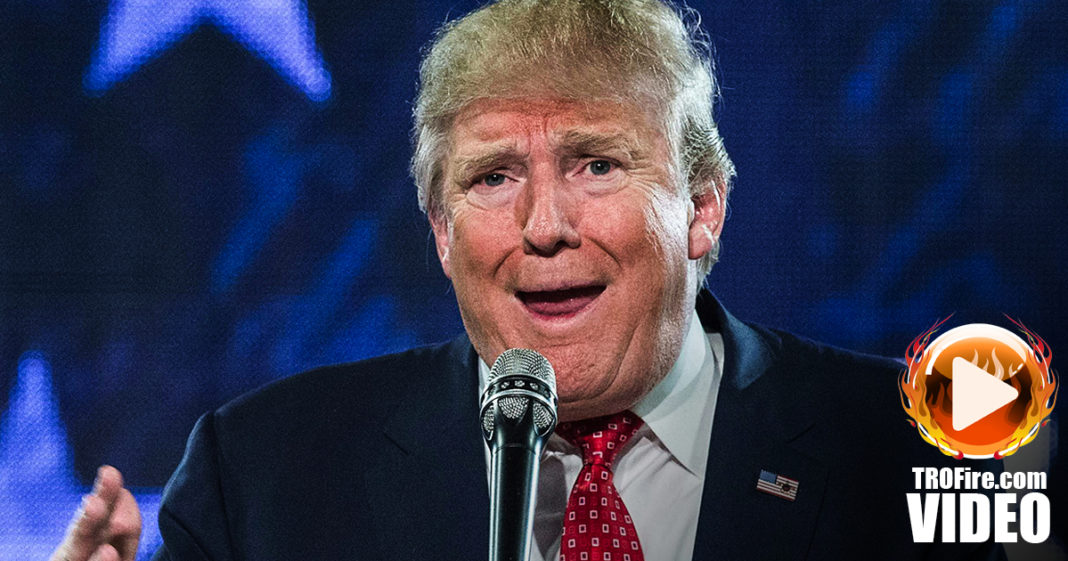 In a recent speech, Donald Trump said that “he thinks” he’s doing well with women, but he isn’t quite sure “what’s going on with them.”  Maybe the fact that he’s one of the most misogynistic presidential candidates in modern history isn’t playing well with female voters. Ring of Fire’s Farron Cousins discusses this.

Donald Trump thinks that he is doing very well with female voters. Probably, maybe he’s really actually not that sure. Take a look at what he said in his speech yesterday.

Here’s the thing, Donald. You’re running against the first female candidate of a major political party. This is a first in history. It’s very important. Obviously, you’re going to have trouble with women, but even if you were running against a guy, you’re going to have problems with women because you are so misogynist and sexist. For example, didn’t you used to own a pageant that only valued women based on their looks? On top of that, you’ve been recorded as calling women fat pigs, dogs and disgusting animals. Those are words that you have used, Donald, to describe women. Now on top of that you’re representing a party that has always struggled with women because you and your party believe that women have no place in American society other than to provide comfort for men.

In fact, your campaign manager recently said on air that women should vote for Trump because he’s going to make sure that their husbands make enough money to support them. That’s what you think women are. You want to take away their rights. You want to take away their ability to choose what’s best for themselves, and you want to punish them if they get raped. That’s what the Republican Party is. That is why you continue to struggle with women, and you will always struggle with women until you break out of that 1930s way of thinking. If history is any indicator, you guys are just going to double down on this, and your candidate for 2020 is going to be twice as sexist as Donald Trump. After all, in 2012 you guys put up Mitt Romney, the guy who had “binders full of women.”

Then after you lost that election, you took your autopsy report, and you said, “Look, we have massive problems with female voters. We need to get better.” According to Republicans, doing better meant getting Donald Trump. Your candidate for 2020 is probably going to be even worse than Donald Trump because your party is just too damn stupid to learn from its own mistakes.