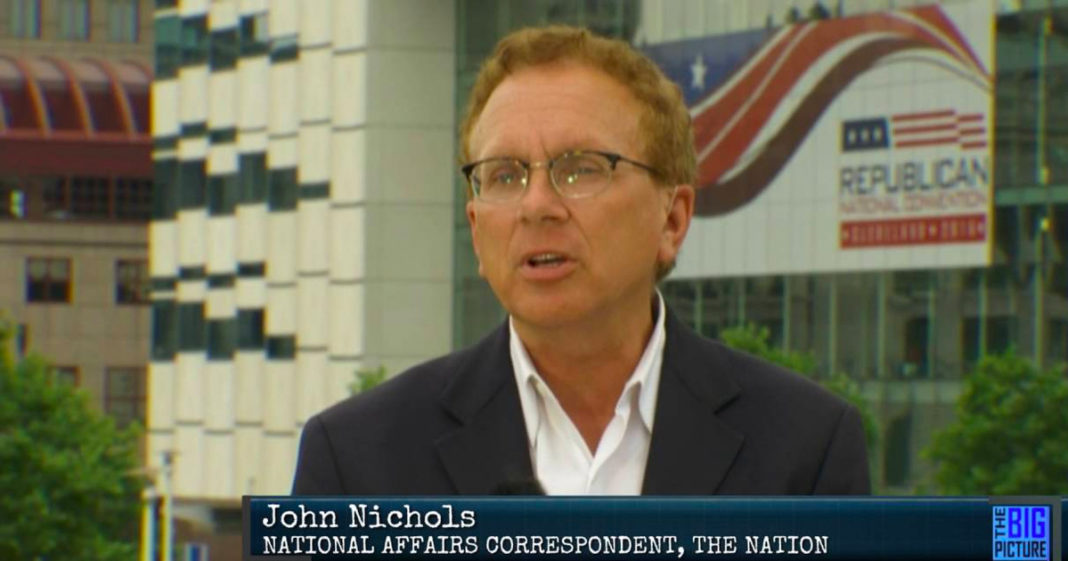 John Nichols, The Nation Magazine/People Get Ready: The Fight Against a Jobless Economy and a Citizenless Democracy joins Thom. Throughout this campaign there’s been a sense that this is one big reality show – with Donald Trump as the star. And thanks to the lapdog corporate media – events that would normally doom another candidate have instead boosted Trump’s celebrity – which – let’s be honest – is about 50 percent of his appeal. So will the ongoing divisions within the Republican Party actually hurt Trump going forward? Or will his status as the nominee and the nation’s first reality TV show candidate keep the Trump Train rolling all the way to the White House

For more information on the stories we’ve covered visit our websites at thomhartmann.com – freespeech.org – and RT.com. You can also watch tonight’s show on Hulu – at Hulu.com/THE BIG PICTURE and over at The Big Picture YouTube page. And – be sure to check us out on Facebook and Twitter!