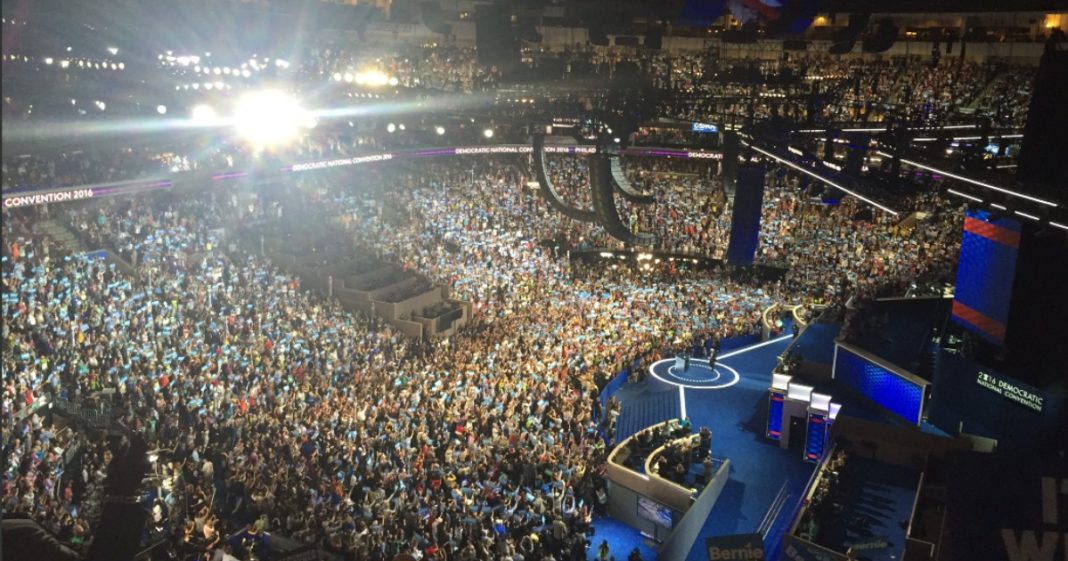 During his address at the Democratic Convention on Monday, Senator Bernie Sanders offered wisdom on many important topics, but possibly his most biting commentary came when he offered criticism of the media.

In a long list of things he considered the 2016 election to be “not about,” the media, and particularly their role in obfuscating the important issues in this election, was included.

Sanders, who has been no friend of the media throughout most of this election cycle, attempted to place “the media” among a litany of other things which work to distract Americans from the real issues – America’s future.

This election is about – and must be about – the needs of the American people and the kind of future we create for our children and grandchildren.”

Bernie Sanders Took a Brutal Swipe at ‘The Media’ Last Night at the DNChttps://t.co/ocUE2HFSop https://t.co/ehCvygeOzQ