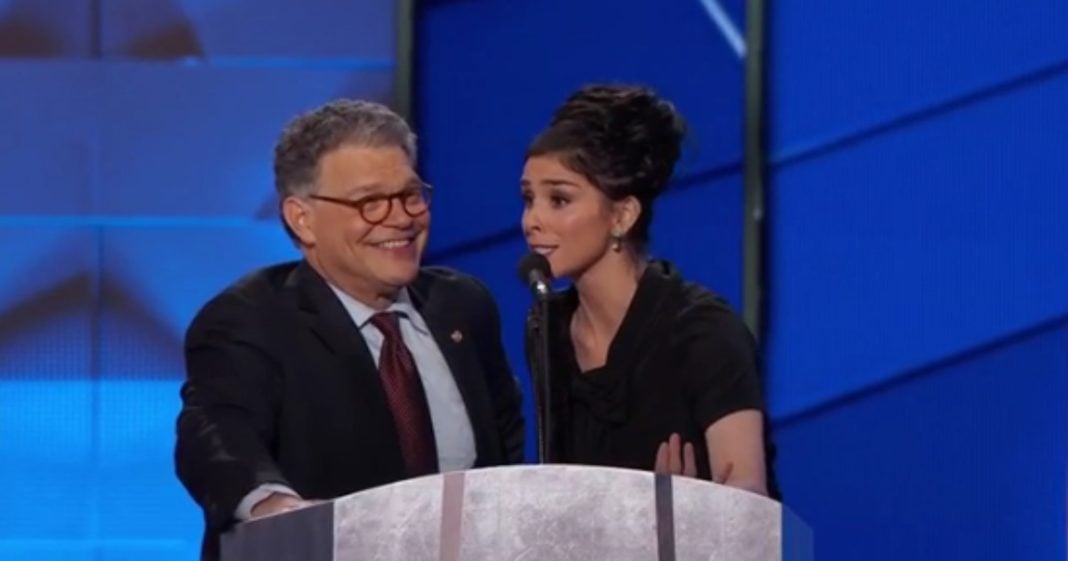 Serving as one of the many public figures who came out strongly for Senator Bernie Sanders for most of the primary, comedian Sarah Silverman addressed the roaring crowds of the Democratic Convention on Monday evening, attempting to explain why she was now committed to voting for Hillary Clinton.

“I will vote for Hillary with gusto, as I continue to be inspired and moved to action by the ideals set forth by Bernie.”

Silverman explained that she felt the next step in supporting Sanders meant ensuring that Hillary Clinton rather than Donald Trump makes it to the White House.

As they had been doing throughout the day and into the evening, some Bernie supporters began chanting “Bernie, Bernie,” in an attempt at drowning out or even shaming Silverman for her change of heart.

Visibly frustrated, Silverman summoned up her best “mother knows best” impression and wagged her finger at those booing the convention.

“Can I just say to the ‘Bernie or Bust’ people—you’re being ridiculous.”