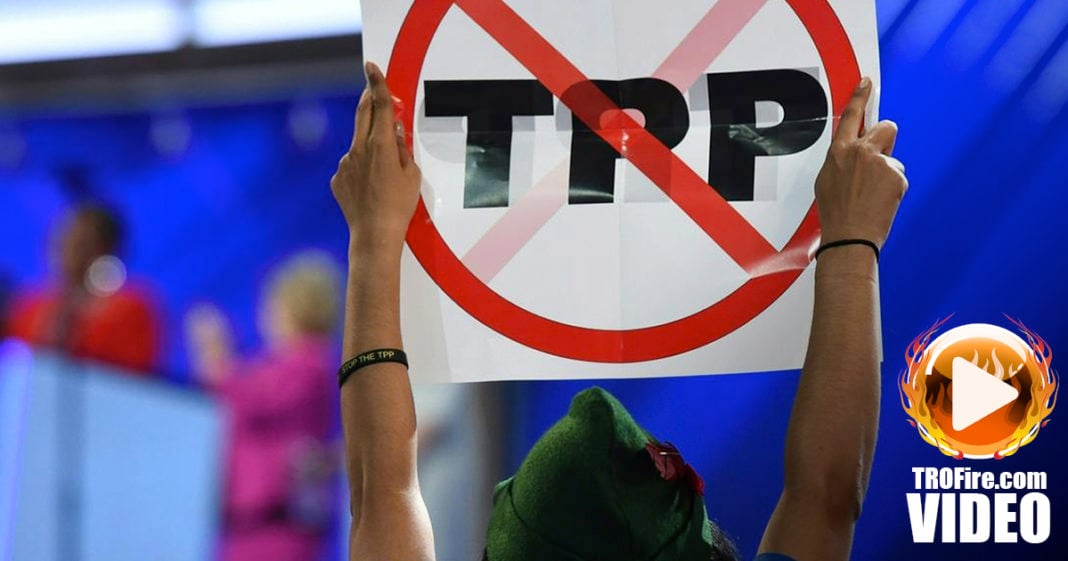 Lots of protests have erupted at the DNC, but the one that is really making headlines is the anti-TPP crowd that is fighting to keep this disaster of a trade deal from ever becoming a reality. Ring of Fire’s Farron Cousins discusses this.

The first day of the Democratic National Convention is in the books. A lot of protests all over the place, but one particular protest really, really captures the movement of Bernie Sanders and his allies, as well as the tone of the nation. That protest was the one against the Trans-Pacific Partnership. I think what needs to happen from here, is that targeted individual protests like that, that have a specific cause, that have an issue they want brought up, specifically voting against the TPP. Those are the kinds of constructive protests that we need to help change and steer the Democratic party in the direction that it needs to go, because right now the 2016 platform of the Democratic party does not include a vote against the TPP. They are not anti-TPP.

Hillary Clinton, the nominee at this point, has waffled on the issue. She may be for it, she may be against it. A lot of the establishment Democrats, Hillary Clinton included, do not want to go against President Obama, who is desperately pushing this TPP. The fact is, this trade deal will screw American consumers and American citizens more than any other trade deal in history. It’s going to benefit corporations who can ship jobs to China, who will pay pennies on the dollar, instead of hiring American workers to do those job. It will be great for corporations and it will be disaster for American citizens. That is why these TPP protests that are taking place at the DNC are so important. They’re on message, they’re on point, and they’re talking about something that will affect Democrats, Republicans, Independents, everyone in this country. They’re taking up everybody’s cause. That is a cause we should all get behind.