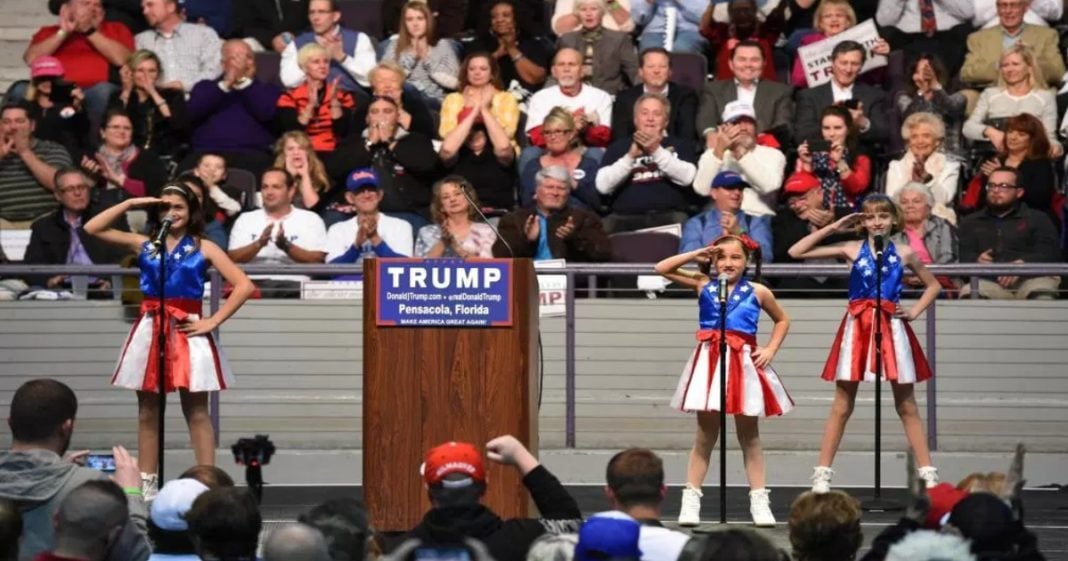 It was the cringe-y child exploitation that swept the nation! The “USA Freedom Kids” burst onto the scene when they preceded a Donald Trump rally in Pensacola, Florida months ago.

The creepy auto-tuned song and the bedazzled children who performed it went viral in hours, with commentators comparing the performance to similar performances in North Korea and elsewhere.

For a while, the “Freedom Kids” were overjoyed with the national attention, but it appears that their adult handlers are none-too-pleased with the way the Trump campaign has treated them since.

Jeff Popick, father of the youngest Freedom Kid and writer of the infamous song “Freedom’s Call,” told the Washington Post on Monday that he planned to file a lawsuit against the campaign for failing to uphold verbal agreements made to the group.

Popick details several times when he was told by the campaign that his group would be performing or would be able to advertise or sell merchandise at Trump events, though the campaign failed to uphold most of those agreements.

Popick says that the campaign invited the Freedom Kids to attend events with promises that they would be performing in front of massive crowds, but then backing out at the last minute. Then, they were given the run-around.

Poor Popick and his lil’ freedom fighters are soon to learn that when you try to do business with Donald Trump, you end up screwed.