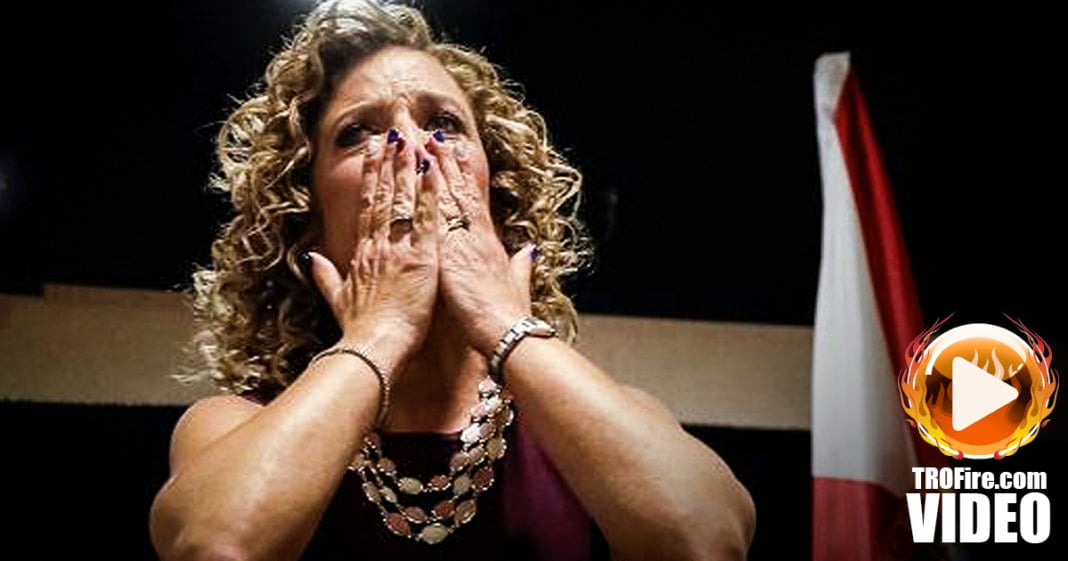 Debbie Wasserman Schultz is not making any friends in Philadelphia, and her first appearance in public since the DNC email leak resulted in the crowd booing her incessantly.  But this is the mess that she created, so there’s no sympathy for the former DNC chairwoman. Ring of Fire’s Farron Cousins discusses this.

Outgoing DNC Chairwoman Debbie Wasserman Schultz tried to kick things off in Philadelphia this week at a meeting of the Florida delegates, but it didn’t go exactly as she would’ve hoped. Take a look.

All right, everybody. Now settle down. Everybody settle down, please. Okay. All right. We have a big program today. Let’s hear. Let’s be respectful. Please be quiet so Debbie can speak. It’s okay. Everybody, let’s hear from our speakers. We have other speakers as well.

Thank you all so much.

If that scene looked familiar, it’s because that’s pretty much exactly what happened to Ted Cruz when he spoke at the Republican Convention. Ted Cruz is one of the most hated men in Republican politics, and now Debbie Wasserman Schultz is one of the most hated women in Democratic politics, and she absolutely deserves it. She brought all of this on herself. She has worked actively to promote Hillary Clinton, and to derail the campaign of Bernie Sanders. Keep in mind that this is a woman who was endorsed by both Barack Obama and Joe Biden, the President and the Vice President. Don’t feel bad for Debbie, because she’s already got a new job.

Now, instead of working behind the scenes for the Clinton administration, she is actually going to be working on the ground for the Clinton campaign. This is insanity. If Hillary Clinton wanted to mend the riffs within the Democratic Party, hiring the woman who undermined your opponent is not the way to do it. The Democrats have lost a lot of support this week, and you’re going to build back an eight point bounce from this convention in order to overtake Donald Trump again. I can promise you, that’s not going to happen this week.