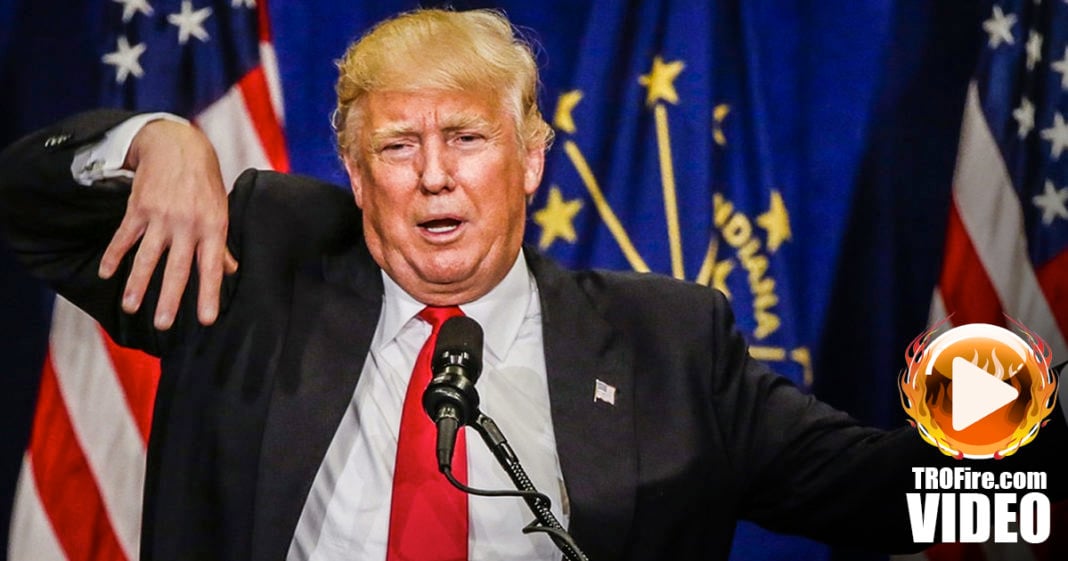 Polls change constantly, but Trump’s convention bounce is a very serious threat.  Factor in the turmoil in the Democratic Party as their convention starts, and you start to realize that this bounce might be permanent if the DNC can’t repair the damage they’ve caused to themselves. Ring of Fire’s Farron Cousins discusses this.

In spite all the goofiness at last week’s Republican Convention, Donald Trump still got enough of a convention bounce to finally overtake Hillary Clinton in the polls. He gained about six total points which puts him ahead of Hillary by four points. Now, a lot of the Democratic strategists are out there right now saying, “Well, don’t worry, because even a week before the 2008 election, some polls had Obama down 10 points over McCain.”, blah, blah, blah. “Polls change all the time.” Yeah, we understand that. Polls do change all the time, but right now, Donald Trump is winning. That is a fact. Maybe the next poll, tomorrow, will say something different. Maybe the one the week after that will say something different as well, but for right now, you have to take it seriously.

Here’s the thing, Hillary Clinton is not going to get that kind of a bounce from this convention because of what happened to the Democratic Party over the weekend. The Bernie supporters that were starting to come over to Clinton now have a renewed hatred for the Democratic Party. Again, the Democratic Party did that to themselves. If you think that Hillary Clinton is going to get enough of a bounce from this convention to overtake Donald Trump, you are dead wrong. You are underestimating the impact of this DNC email leak. Unless Hillary Clinton comes out later in this week with her speech and publicly denounces Debbie Wasserman Schultz which she won’t, if she publicly denounces the actions taken in those emails, she might get that bounce. She won’t. She won’t do what’s necessary. We’ve seen that. This lead by Donald Trump is going to continue because the Democrats are too damn stupid to do what is necessary.

When someone screws up, when someone does wrong, you get rid of them. The Democrats … Yeah, Debbie Wasserman Schultz lost her chairwoman post, but now she’s just the head of Hillary Clinton’s campaign which means she will likely get a spot in a Hillary Clinton cabinet. That is the biggest slap in the face to progressive Democrats that I could imagine. I hope Donald Trump’s enjoying his convention bounce, because he’s going to keep that lead for quite awhile, because Hillary Clinton and the establishment Democrats are just too stupid to understand that corruption deserves to be punished. You know why? They’re just as corrupt.