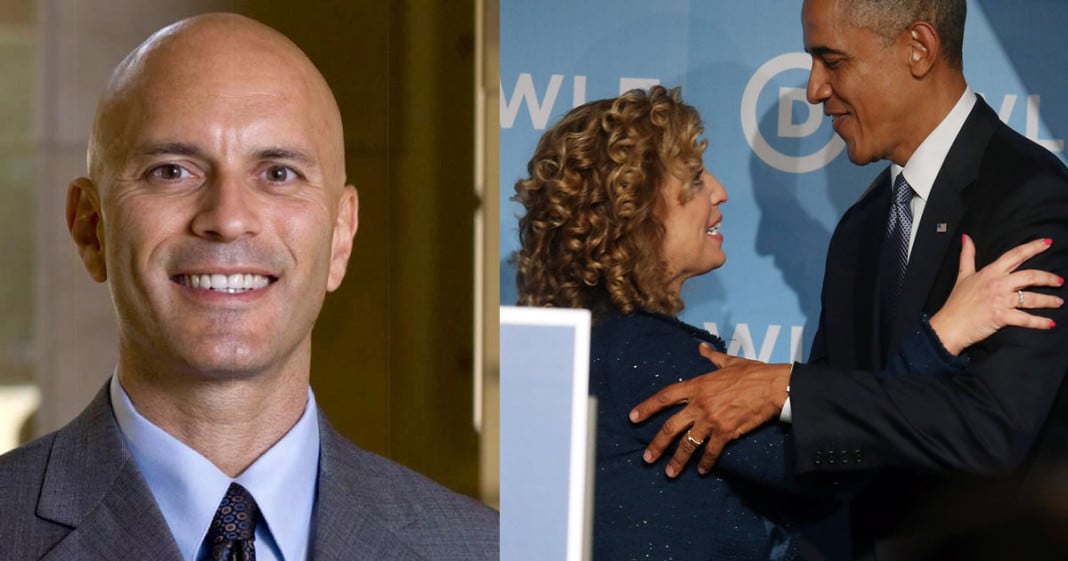 Though the Florida congressional technically has nothing to do with the DNC chair position, things seem to be looking up for Debbie Wasserman Schultz’s challenging congressional opponent in the 23rd District after the congresswoman was forced to resign in shame from her position as chair due to overt corruption and scandal.

No doubt Tim Canova was glad to hear of Wasserman Schultz’s ouster – not just because of the corruption she engaged in – but also because of what it might do for his chances in taking her congressional seat.

If everything falls into place just right, Wasserman Schultz might find herself wholly unemployed come January, putting her as far away from a position of power as possible.

Of course this idea is complicated by the fact that Hillary Clinton has continued to defend the woman, even as she stepped down from DNC chair on Sunday. In response to the ouster, Clinton offered the corrupt woman an honorary chair position in her own campaign, a slap in the face to those who feel that Wasserman Schultz should have absolutely no power after the horrific things she did to the Democratic party.

This support for the former Chair will likely be echoed by the president and vice president who had previously endorsed the candidate for her congressional seat.

Losing her primary election to Canova could be the way to cement her loss of power, causing the establishment to finally shirk her once and for all.

Canova’s impressive fundraising in the second quarter will hopefully go a long way toward achieving this goal. Now that Canova can point to Wasserman Schultz’s incriminating resignation, the political outsider should hopefully be a shoe-in for Florida’s 23rd district.