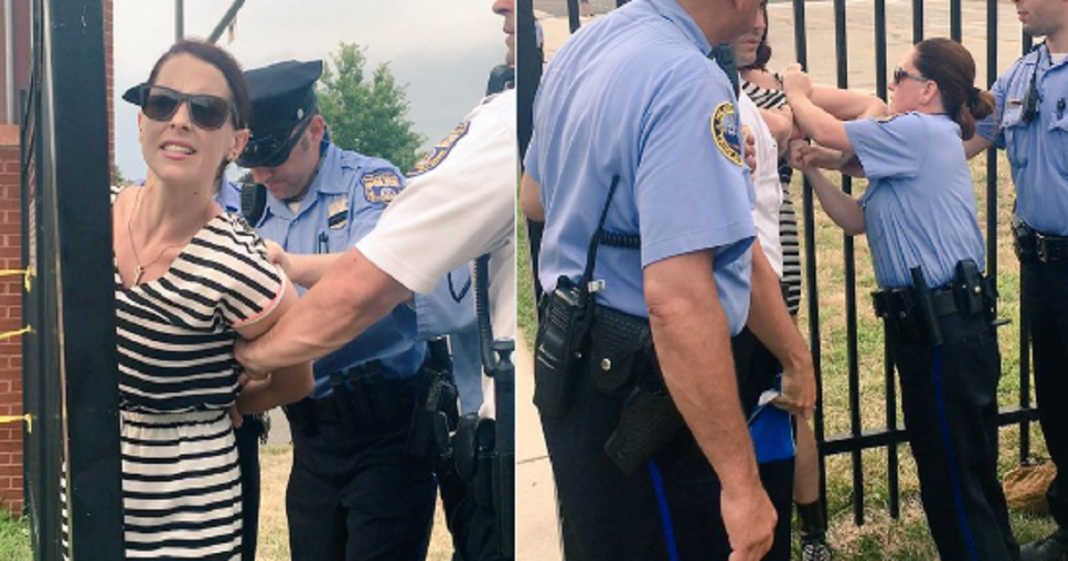 At the very moment that the Democratic establishment and corporate media were bragging about how no arrests had been made in Philadelphia on Monday, progressive host of “The Empire Files” and member of the Ring of Fire network Abby Martin was arrested for “disorderly conduct” in Philadelphia, not far from the Democratic convention.

Martin was covering the convention, as well as the protests outside, as a credentialed member of the press when police arrested Martin while she was attempting to comply with police orders.

Martin was with her producer Mike Prysner who initially spread the message online of Martin’s unjust arrest.

Martin and Prysner were leaving the DNC to attend a “Democracy Spring” event where they had heard police arrests were taking place. The two did not have the official credentials for the specific arena they entered, so they were turned away by police at the the event.

Martin and Prysner were attempting to comply with officers and leave the scene when Martin was forcibly grabbed by another officer, her dress ripped in in the process, handcuffed, and arrested.

Martin was forcibly searched by police who at one point lifted her dress and exposed her to bystanders. She was then placed in a police van and left for nearly two hours, alone and without access to a restroom despite her requests.

Martin was then taken by police to a nearby elementary school which was serving as a temporary booking station. Martin’s charge of disorderly conduct was then reduced to a citation for being in a private area without credentials. Her mug shot was taken, but her fingerprints were not, and the rest of the usual police booking activities were not carried out.

Martin was then released with just a citation.

Now, Philadelphia PD claims no arrests were made, but legal advocates for the protesters say that as many as 28 – including Martin – were handled in this way. Though they were not held overnight in jail cells, it was clear they were arrested without cause.

Abby Martin, a journalist, was arrested by police and held for hours, alone and isolated not far from the Democratic party’s largest event.