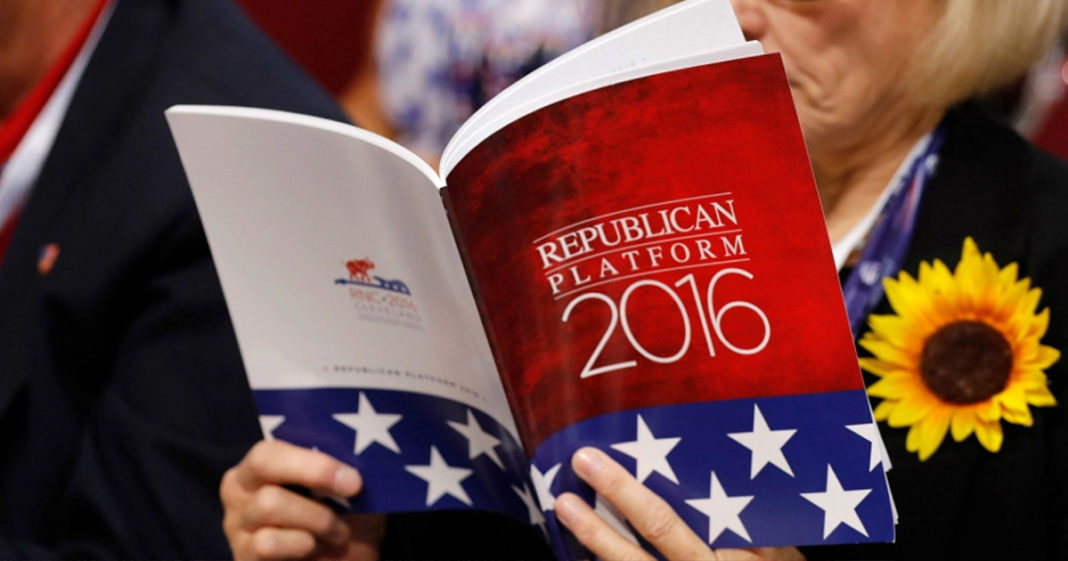 For all the disruption and damage that Donald Trump has meant for Republicans, the party’s statement of its views in its newly written convention platform rivals him for shock value. Platforms are traditionally written by and for the party faithful and largely ignored by everyone else. But this year, the Republicans are putting out an agenda that demands notice.

It is as though, rather than trying to reconcile Mr. Trump’s heretical views with conservative orthodoxy, the writers of the platform simply opted to go with the most extreme version of every position. Tailored to Mr. Trump’s impulsive bluster, this document lays bare just how much the G.O.P. is driven by a regressive, extremist inner core.

Mr. Trump’s anti-Muslim phobia and fantasy wall across the Mexican border are front and center, along with his protectionist views, which deny long-held positions of the party. No less alarming is a raft of planks that ideologues pushed through to banish any notion of moderation and present-day reality from the party’s credo.

Another Trump Rally Ends With Ambulances And Hospital Stays