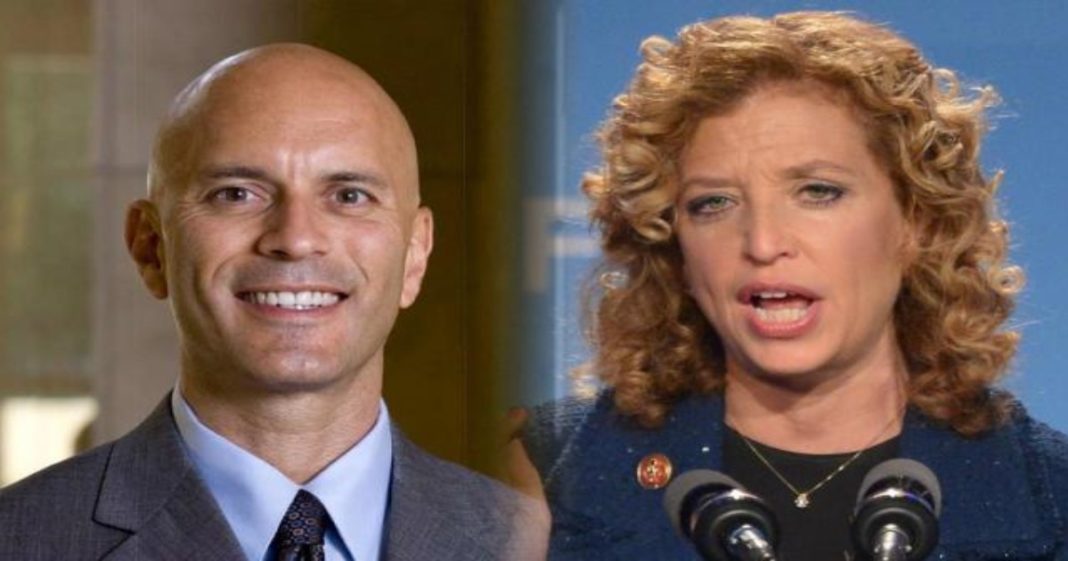 The release of nearly 20,000 of the DNC’s internal email exchanges has wreaked havoc on the party. bearing the brunt of that havoc is party chair Debbie Wasserman Schultz who said on Sunday that she intends to resign from her position at the conclusion of the Democratic Convention this week as a result.

Among the established violations of party bias and calculated prejudice, Democratic congressional candidate Tim Canova is arguing that the emails reveal that his opponent Wasserman Schultz took advantage of internal party databases and information in order to gain an unfair advantage in the congressional race for Florida’s 23rd district.

Canova, who had appealed to the Democratic party earlier in the election in order to receive databases Wasserman Schultz had access to, has now officially filed an FEC complaint over the unfair allocation of resources.

“Our lawyers are preparing a complaint against Wasserman Schultz that we will file with the FEC for her wrongful use of DNC resources in her campaign against me, based on the wikileaks disclosures.”

Whether or not anything will come of the complaint, we applaud Canova for capitalizing on this opportunity, trying to draw further attention to Wasserman Schultz’s corruption while the pan is still hot.