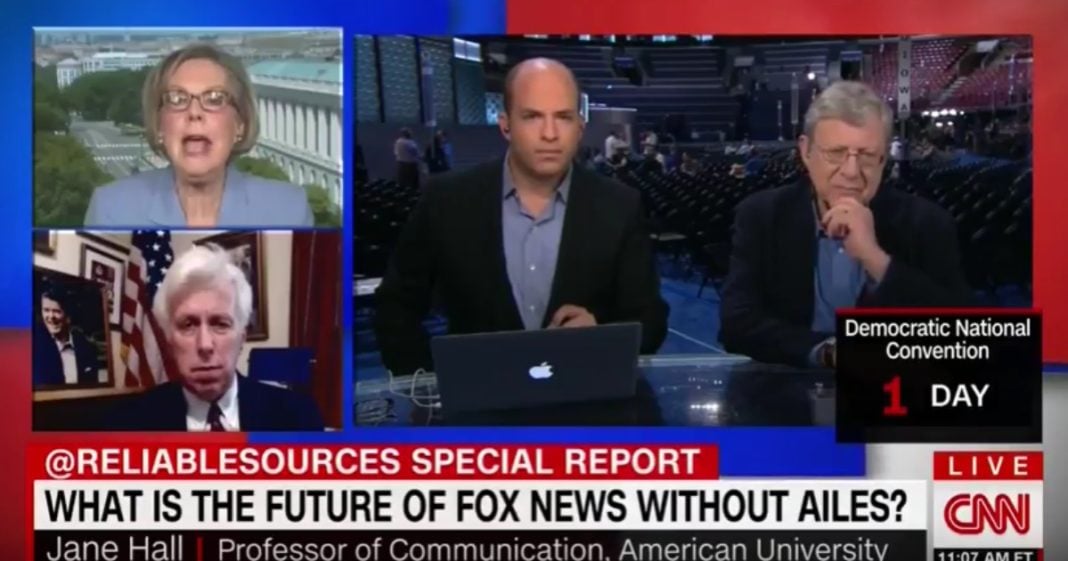 During a panel discussion on CNN this weekend, panelists concluded that if it weren’t for Roger Ailes and his leadership at Fox News, the political climate would have never been prepared for Donald Trump, and they did this while featuring (for the 100th time) hateful Trump supporter Jeffrey Lord.

“When you take stock of Roger Ailes legacy, his impact on media, do you think we would have Donald Trump as the GOP nominee without Roger Ailes?”

It is true that when Republicans who are against Trump enjoy railing against the man, they are usually ignoring their own enabling behavior and extremists policies which either directly or indirectly formed the sort of political climate which could nominate and strongly support Trump.

Of course, the panel failed to include the fact that it has been all of corporate media, CNN chief among them, which have given so much power to Trump during the 2016 election cycle. Billions of dollars worth of free exposure had been handed to the Trump campaign without ever paying a dime.

CNN may pretend to be anti-Trump, but they are the first to bring on hateful Trump cast-offs like Corey Lewandowski, not to mention the wholly repugnant Jeffrey Lord who has had nothing but ignorance to offer on each and every segment he has been featured on (and there have been a lot).