In the first hour of the Democratic National Convention on Monday, Senator Bernie Sanders sent out a message to his delegates in an effort to keep things calm and collected, urging those representing him not to protest the event or speakers. 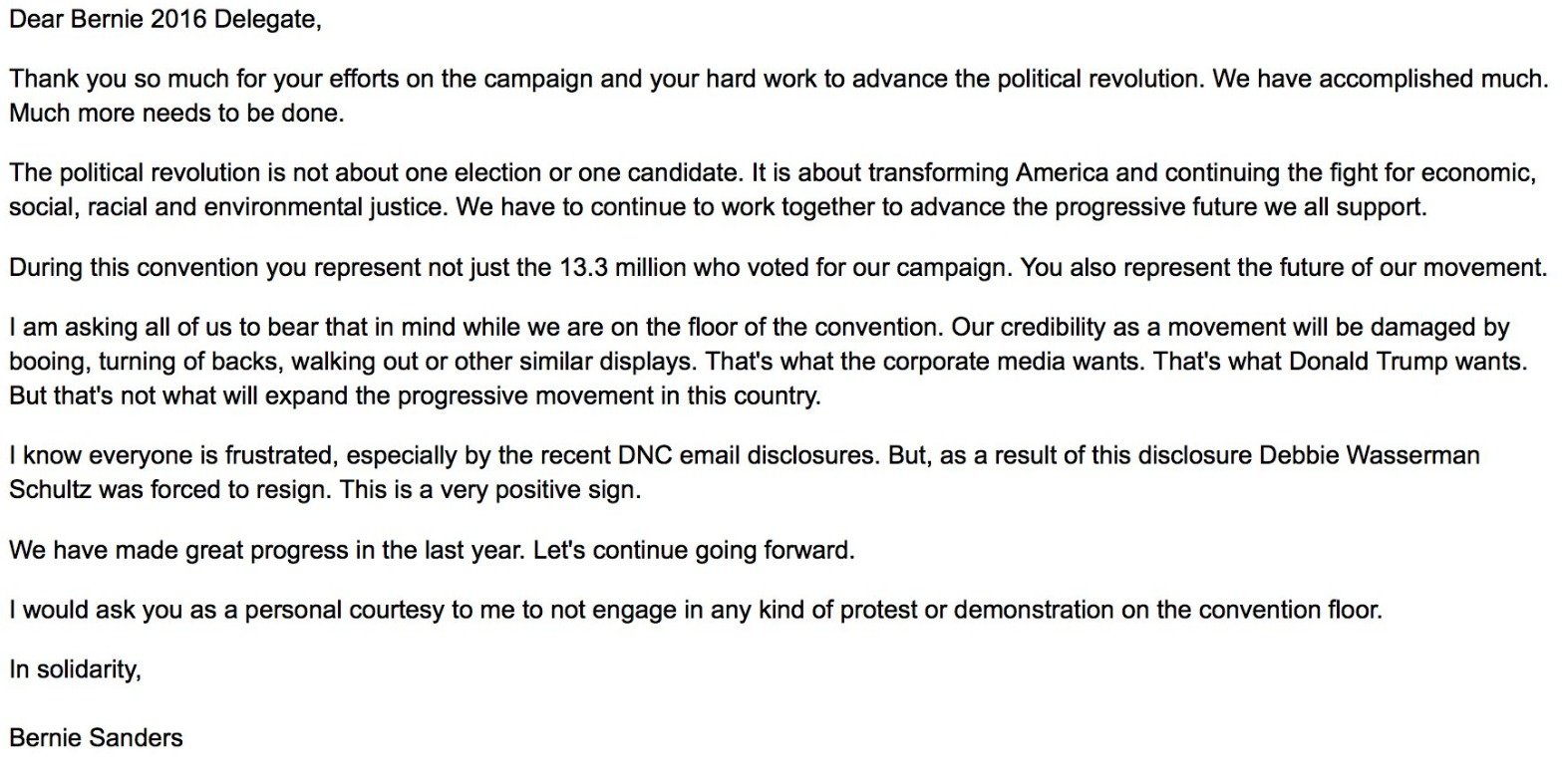 At this point, it is anyone’s guess if the delegates will follow the request of the senator, especially since many Bernie supporters have said that they will continue the revolution where their candidate left off.

Sanders has given his supporters mixed messages throughout the latter part of the Democratic nomination, but his message has consistently been that Democrats must work together to defeat Trump.

Sanders will be giving a speech at the Democratic Convention on Monday evening, after Michelle Obama and Elizabeth Warren.