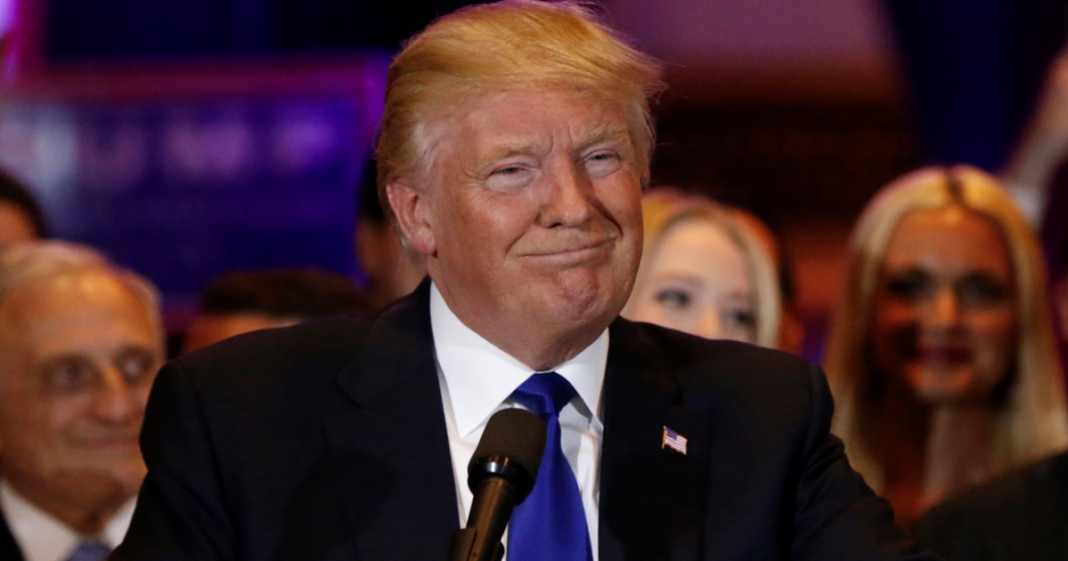 In recent comments to the media, Donald Trump has stated that if he were to be elected President, he would pretty much abandon America’s NATO allies unless they had “fulfilled their obligations to us.” In other words, the U.S. would come to the aid of an ally only if the ally in question had paid its fair share into the NATO budget.

On the surface, that sounds reasonable. It also might be appealing to many Americans who are weary of having 54¢ out of every tax dollar going to the military while needs go unmet here at home. But as always, the devil is in the details. Furthermore, his comment demonstrates his fundamental ignorance of history and foreign policy – not to mention the nature and structure of the NATO alliance itself.

The North Atlantic Treaty Organization was born in the wake of the Second World War in response to what was then seen as aggressive posturing by the Soviet Union (of which Russia was the dominant state, with all orders coming from the Kremlin). Interestingly, after Nikita Krushchev took the reins of power after the death of Josef Stalin in 1954, he suggested that the Soviet Union join the organization for the purposes of maintaining peace in Europe. However, there was speculation among NATO members that the Soviets’ motive was to weaken the alliance, so Krushchev’s proposal was refused.

Today, several former Soviet states and satellite countries – including Lithuania, Estonia, Latvia, Poland, Slovakia and the Czech Republic, Hungary, Romania, and Bulgaria are NATO members. Specifically, it is the first three on that list, the Baltic States, that have European leaders concerned.

At the heart of the NATO agreement is Article V, which states, “an armed attack against one or more of them in Europe or North America shall be considered an attack against them all.”

“…if such an armed attack occurs, each of them, in exercise of the right of individual or collective self-defense recognized by Article 51 of the Charter of the United Nations, will assist the Party or Parties so attacked by taking forthwith, individually and in concert with the other Parties, such action as it deems necessary.”

This year, concern has been growing over the Baltic States and whether Russia will attempt to re-take the countries that were under Moscow’s control until the collapse of the Soviet Union. Russian president Vladimir Putin certainly has motivation. Lithuania, Latvia and Estonia have sizable populations of ethnic Russians and in the latter two countries, Russians have been denied citizenship and the rights that come with it. However, the greater concern is over military and economic power in the Baltic region. Increasingly, Sweden and Finland have been co-operating with NATO, which is changing the strategic game.

Another threat to Russia from an economic standpoint: moves by Lithuania and Lativa to free themselves from their dependence on Russian energy sources. This situation threatens Russia’s dominance over the supply of natural gas to countries in Eastern and Central Europe.

Although tensions in the region are simmering, there is no way to know how the situation will play out. Russia may launch an all-out military attack, or attempt to undermine the Baltic countries in some other way, such as a cyber attack or covert action from within. But that is not the point.

By entering into the NATO agreement, the U.S. made commitments. Failure to honor those commitments would not only violate said agreement, it would seriously undermine U.S. credibility around the globe.In fact, it could even threaten to bring down the entire alliance.

In an email message to NBC News, Sarah Lain of the U.K.’s Royal United Services Institute for Defence and Security Studies (RUSI) said “The suggestion that Trump may consider abandoning a guarantee of protection to fellow NATO countries would in some ways indeed make NATO obsolete.” Ms. Lain is a research fellow at RUSI as well as an expert on Russian affairs. At the same time, Estonian President Toomas Hendrik Ilves pointed out that his country has honored its commitments under Article 5 “without caveats.” NATO Secretary General Jens Stottenberg adds that “Solidarity among Allies is a key value for NATO…peace in Europe is also important for the security of the United States.”

And what are people saying here at home?  A representative for Hillary Clinton’s campaign remarked that Trump’s statement no doubt has Putin “rooting for him.” Trump has already said he believes that he and Putin would “get along very well.”  At the same time, GOP leaders are expressing their own concerns, leading to even greater divisions in a party that is already fractured. Senate majority leader Mitch McConnell said, “NATO is the most important military alliance in world history,” but added that he was “willing to kind of chalk it up to a rookie mistake.” On the other hand, GOP Representative Adam Kinzinger of Illinois told Politico, “comments like this are not only ill-informed, they’re dangerous.”

And indeed they are. It’s no secret (to Progressives and anyone who is really paying attention, at least) that underneath his bombastic showmanship, Donald Trump is little more than a bumbling ignoramus who presumes that he is qualified to lead the free world. When it comes to global security and geopolitics, such ignorance is not only embarrassing.