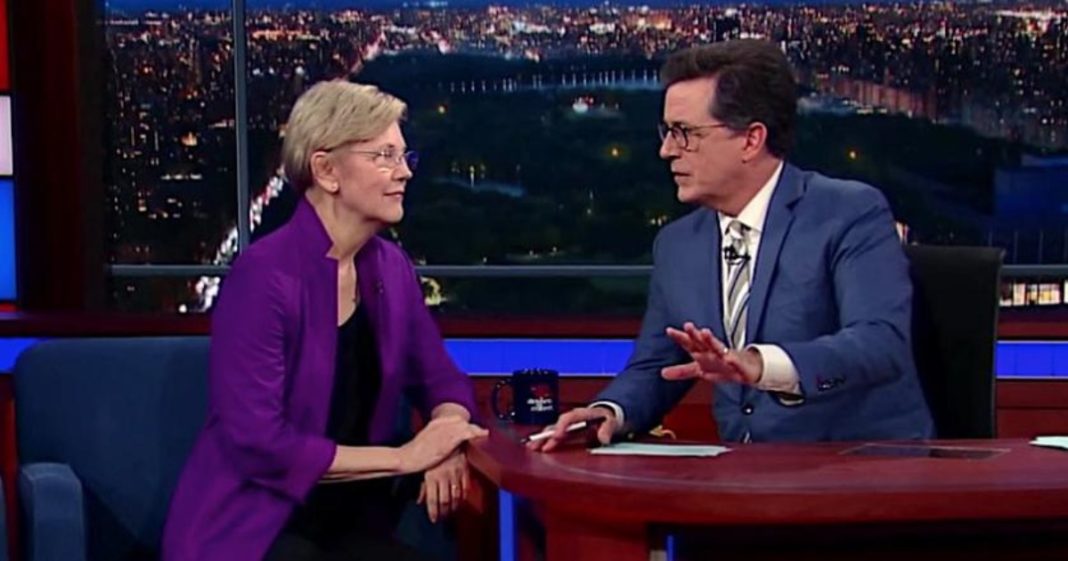 Once Senator Elizabeth Warren began her assault on violent demagogue Donald Trump, she just couldn’t stop. It’s a service we will all come to thank her for in the coming months, when the soreness of her failure to endorse Bernie Sanders wears off.

Warren took her criticisms to the “Late Show” on Thursday evening, reflecting on the RNC mere moments after Donald Trump’s horrific speech was concluded.

But rather than cowering in fear for what Trump’s rhetoric could mean for America’s future, Warren did what she has always done concerning that hateful orange man – she mocked him.

If there is anything that Trump hates, it’s not being taken seriously. And that’s exactly what Warren has done with comedic host Stephen Colbert by her side.