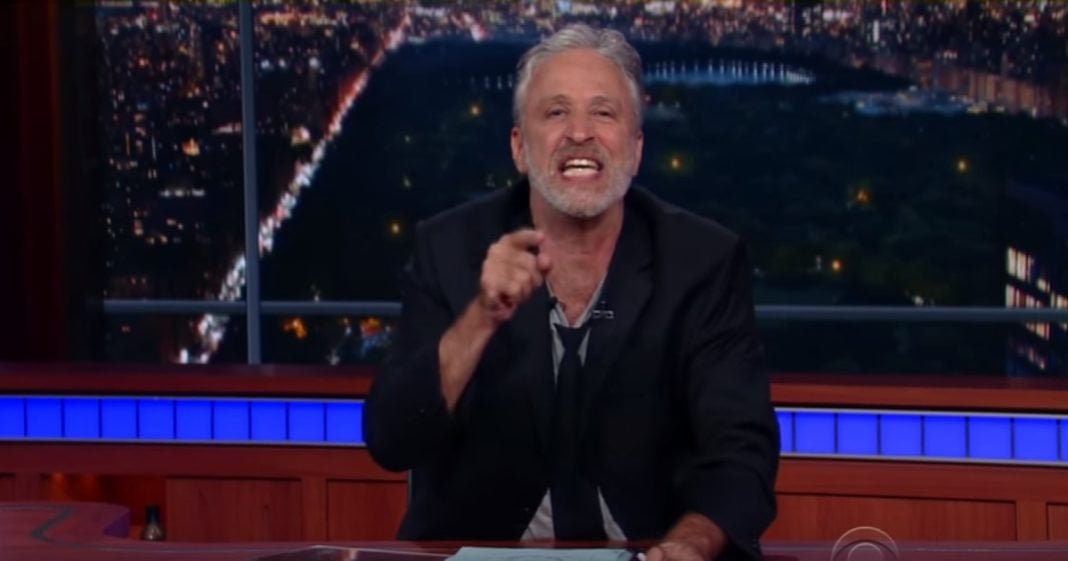 On Thursday evening, for the final day of the Republican National Convention, all of America was treated to the long-gone pleasure of seeing Jon Stewart behind an oaken news desk, telling us the why and how of our insane political system.

To those of us who heavily relied upon Jon Stewart’s poignant commentary on major American issues, and to those of us who remember his soothing words on the most traumatic of times, it was more than a relief to see Stewart again sitting in the place he belonged.

Stewart addressed Donald Trump directly at the conclusion of his RNC speech, telling Trump, in no uncertain terms, that America was in no way his property to own and control.

“You feel that you’re this country’s rightful owners. There’s only one problem with that: This country isn’t yours. You don’t own it. It never was.”

It was a heartening, furious truth-bomb like no other, and boy did we need it!