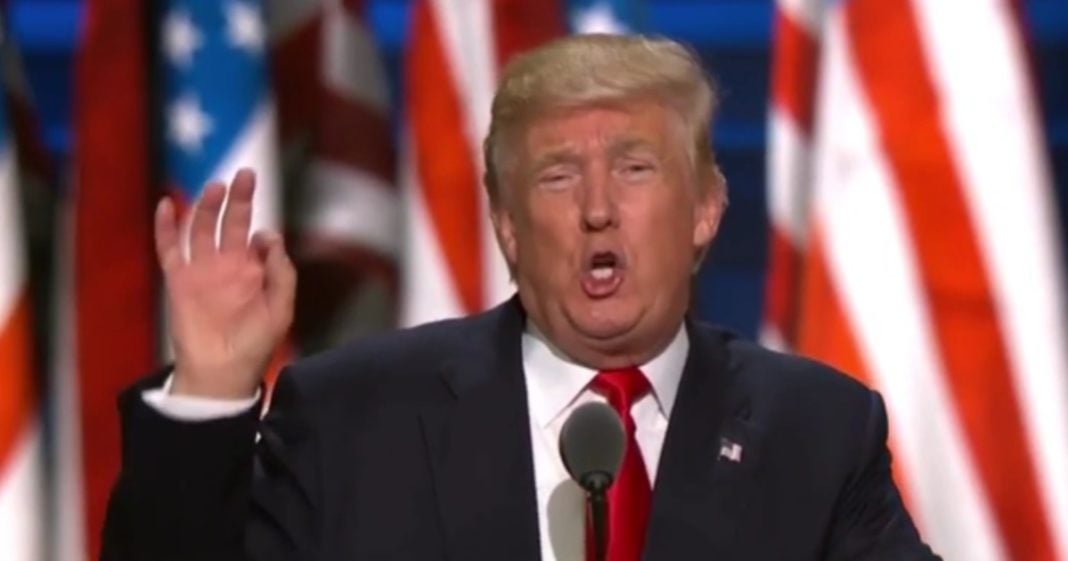 At this point in the 2016 race, it’s the popular and edgy thing to suggest that any and all criticism of Donald Trump is some sort of attempt at “fear-mongering” people into voting for Hillary Clinton; that is just not so.

Donald Trump as President of the United States is a horrific possibility, and one that we cannot begin to underestimate, lest we actually allow it to come to pass.

Those who viewed the final day of the Republican National Convention last night were more than reminded of that fact as Donald Trump’s closing RNC speech was more than horrifying – it was paralyzing.

If you didn’t catch the speech, and if you are one of those who has somehow forgotten just how truly dangerous Trump actually is, please do not miss it.

In one angrily delivered speech, Trump both constructed the boogeyman for Americans to fear and posits himself as the sole, iron-fisted soution. There was not a hopeful word in the over-an-hour tirade, except that under his control, America would seek put itself first, at the exclusion of all other nations and all peoples who do not fit his idea of purity.

Donald Trump made it clear exactly how he intends to rein over the United States, and it should make everyone quake in fear  – and defiance.

You can watch the entire horrific speech clocking in at over an hour long here, or watch a 3-minute long highlight video here: