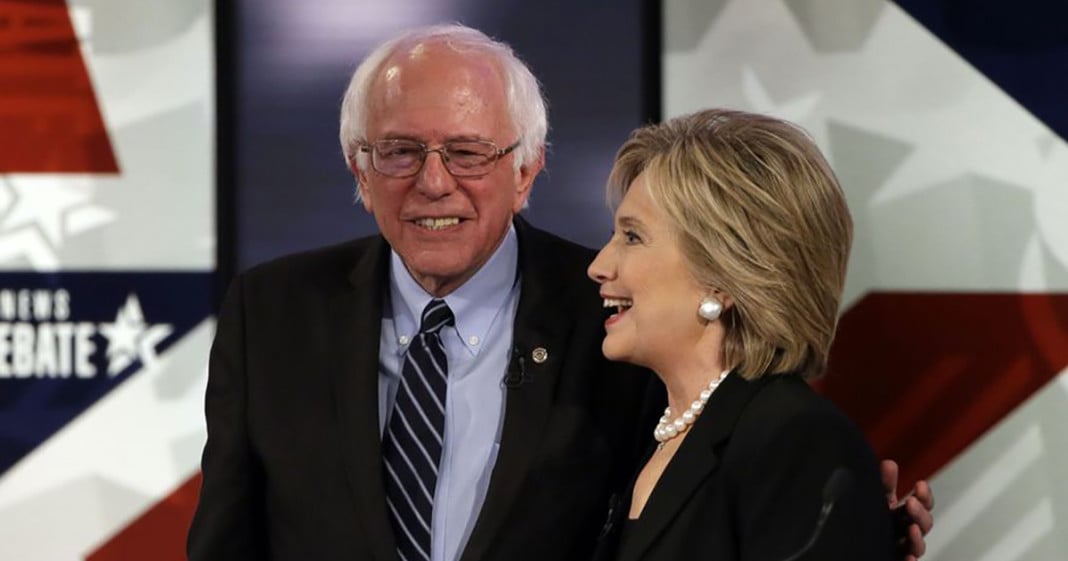 Based on a new leak released just today, The Intercept has discovered an email correspondence which would appear to indicate that DNC officials, who are supposed to be impartial when it comes to primary candidates, may have conspired to draw attention to Bernie Sanders’ religious beliefs in an effort to alienate voters.

The email was just one of 20,000 released by Wikileaks on Friday and it appears to have been sent by DNC CFO Brad Marshall.

“It might may no difference, but for KY and WVA can we get someone to ask his belief. Does he believe in a God. He had skated on saying he has a Jewish heritage. I think I read he is an atheist. This could make several points difference with my peeps. My Southern Baptist peeps would draw a big difference between a Jew and an atheist.”

When asked for comment, Marshall told The Intercept that he didn’t recall the email, but that he says the email was not about Sanders, but a surrogate.

“I do not recall this. I can say it would not have been Sanders. It would probably be about a surrogate.”

Considering that Sanders was the main opponent at this time, and that his religious beliefs were in question at some point, Marshall’s dodge seems like a bad attempt at covering his ass.

Little things like these show that the Democratic party had its collective mind made up about their nominee ages ago, and did everything they could to guarantee their desired outcome.