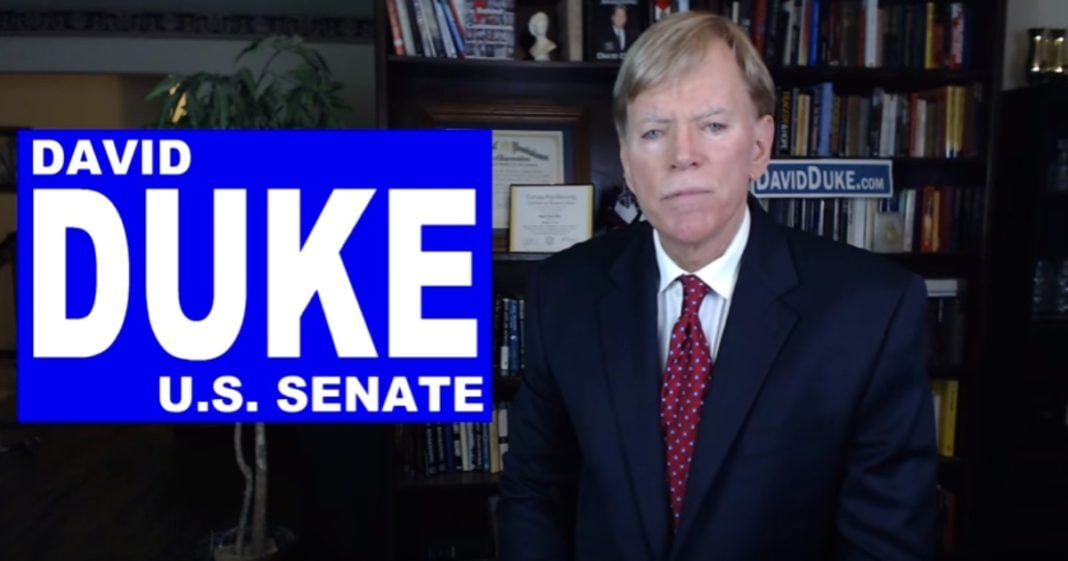 On Friday morning, the Associated Press reported that noted former leader of the KKK David Duke has announced his candidacy for the U.S. Senate in Louisiana.

Is it a coincidence that Duke would announce his candidacy for senate the day after Donald Trump, finally the Republican nominee, delivered his most hateful speech yet? If you say ‘yes,’ I’ve got a bridge to sell you.

Again and again, Donald Trump has said lukewarmly that he does not associate with White Supremacists or the KKK, but David Duke continues to show that that’s just not true. Trump’s success is nothing but empowerment to old white men who hate anyone who is different from themselves.

If you aren’t familiar with Duke, here’s the first line from his wikipedia page to summarize why this is such a horrific possibility:

He’s not just one kind of bad, he’s all kinds of evil, bad, and hateful in one tiny angry white man.

This is the sort of thing that comes from a Trump presidency – if you still think this is a joke, you’re just as insane as the rest of the Trump crew.