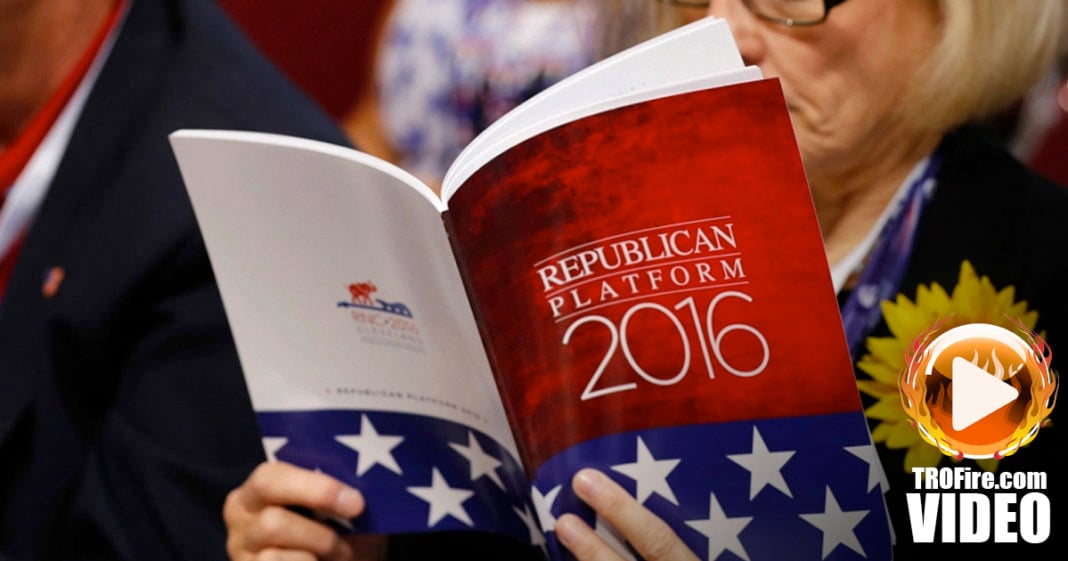 We’ve covered the Puritan-like nature of the Republican Party’s 2016 platform, but that was only scratching the surface.  The platform includes a number of policies that will destroy the economy and screw American workers. Ring of Fire’s Farron Cousins discusses this.

Now that the republican convention is almost in an end, we have a full very clear picture of their entire republican party platform for 20116. Now previously we had discussed the fact that they want to take us back to the 1700 with their war on pornography, wanted to keep women at home in the kitchen barefoot and pregnant. The platform itself gets even scarier than that when you really starts to see what’s in there. First of all, obviously more tax cuts for the wealthy, more trickle down economics. That is part of their platform. Deregulating the big banks.

At a time when most Americans believe that we should do something to crack down on banks, the republicans still want deregulation to make sure that these banks are able to rip off as many people as possible as long as they’re going to continue to keep giving them campaign contributions. The Consumer Financial Protection Bureau would be effectively killed under this republican platform for 2016. They want to repeal any and every environmental law that they can get their hands on. They want to shrink labor unions and attack unions under the guys of it’s hurting businesses, even though all of the available information shows that workers in unions and workers who are in companies near unions make on average more money than those who are not in unions.