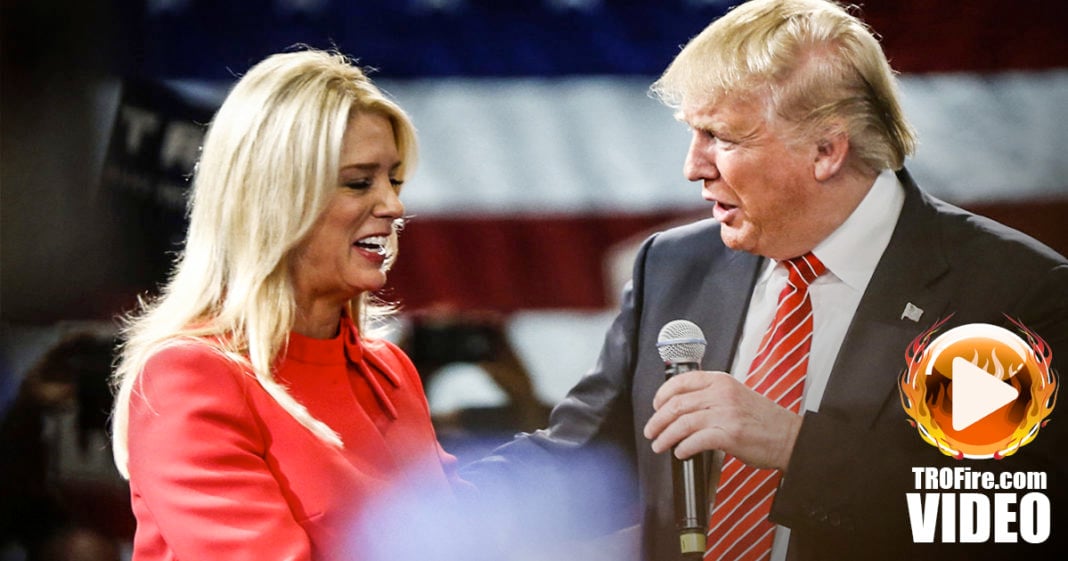 A Boston trial lawyer has had it with the corruption of the GOP, and he’s filed a bribery suit against Donald Trump and Pam Bondi for colluding to get a Florida lawsuit against Trump University stopped in its tracks. Ring of Fire’s Farron Cousins discusses this.

At the Republican National Convention this week, Pam Bondi the attorney general of Florida and someone who a lot of people thought, including myself, could end up being Donald Trump’s Vice Presidential candidate. Gave a speech where she said, ” Lock her up” in regards to Hillary Clinton. Now, that’s a pretty strong statement coming from someone who herself should probably be locked up for bribery. In fact, a trial lawyer in Boston has taken it upon himself to file a bribery lawsuit against both Donald Trump and Florida attorney general Pam Bondi. Now, here’s the story. Here’s why the lawsuit was filed. Pam Bondi as attorney general of the state of Florida was responsible for the lawsuits against Trump university from the state of Florida.

Well, Donald Trump decides he’s going to give $25,000 to Pam Bondi’s reelection campaign. Then immediately after that money came in the lawsuits from Florida against Trump university were dropped. It is a very clear instance of pay to play. There is no other way to spin that. I’m going to sue you, wait let me give you money, okay I won’t sue you. That’s it and that’s what this trial lawyer up in Boston is trying to show the courts. If this happens it could be big trouble for Donald Trump, but it could be even bigger trouble for Pam Bondi. You see her term is going to be over pretty soon and she’s looking forward to a long political career. An indictment for bribery, could very well and hopefully end that career for good cause the last thing we need anywhere in this country is another politician who’s willing to do whatever her big money donors tell her to do. That is exactly what Pam Bondi is.