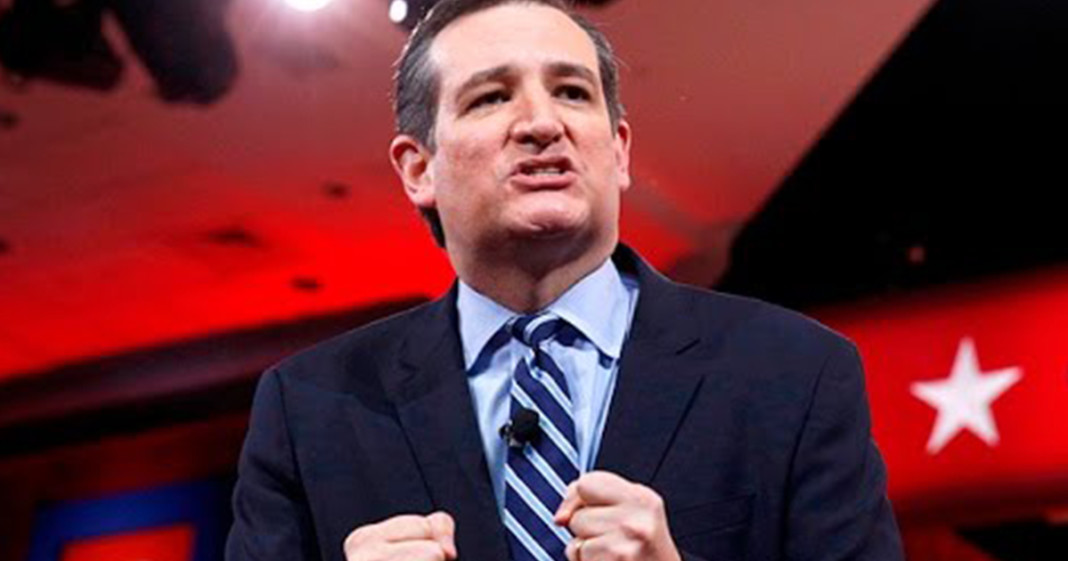 When Ted Cruz was booed off the RNC stage, it was because many felt that the man had failed to uphold the creepy GOP pledge which demanded that all presidential candidates must pledge their support for whomever wins the nomination.

During a post-speech press conference, Cruz was confronted by an angry (and unpleasant-sounding) one-time supporter who asked how he could go back on his promise.

Cruz, ever the calm psychopath, smiled as he told the woman that the GOP pledge was broken when attacks from Donald Trump became incredibly personal.

We may despise Cruz, and rightly so, but the man does have some integrity, and the rest of the Republican establishment would do well to take note.