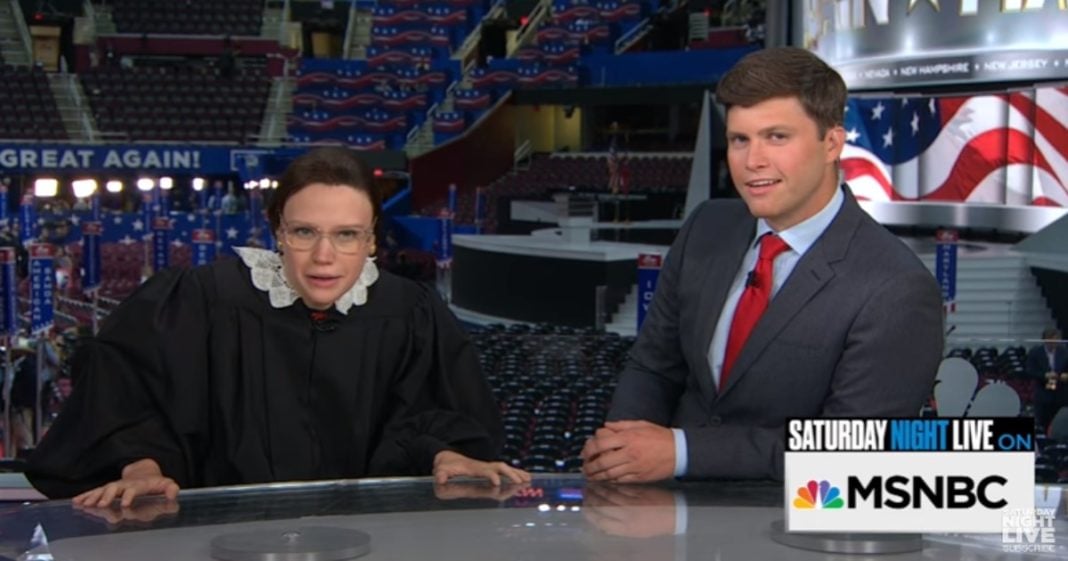 Though Saturday Night Live has ended for the season and isn’t expected to return until fall, MSNBC viewers got a rare treat as several SNL stars appeared on the network on Wednesday to do a mock-Weekend Update segment in honor of the Republican National Convention.

The news-parody sketch featured regulars Michael Che and Colin Jost who offered their news anchor expertise. But the real star of the show was Kate McKinnon who appeared as Supreme Court Justice Ruth Bader Ginsburg.

Ginsberg, who had a brief scuffle with Trump last week over comments she made about the nominee, told the network audience that Trump may have said that her mind was “shot,” but that his was much, much worse.

“Trump picked a fight with the wrong 15-pound, 200-year-old marionette, baby! If my mind is shot, then Donald Trump’s mind is shot, stabbed, strangled, put in a vat of wet cement, and dumped in the Gowanus Canal.”