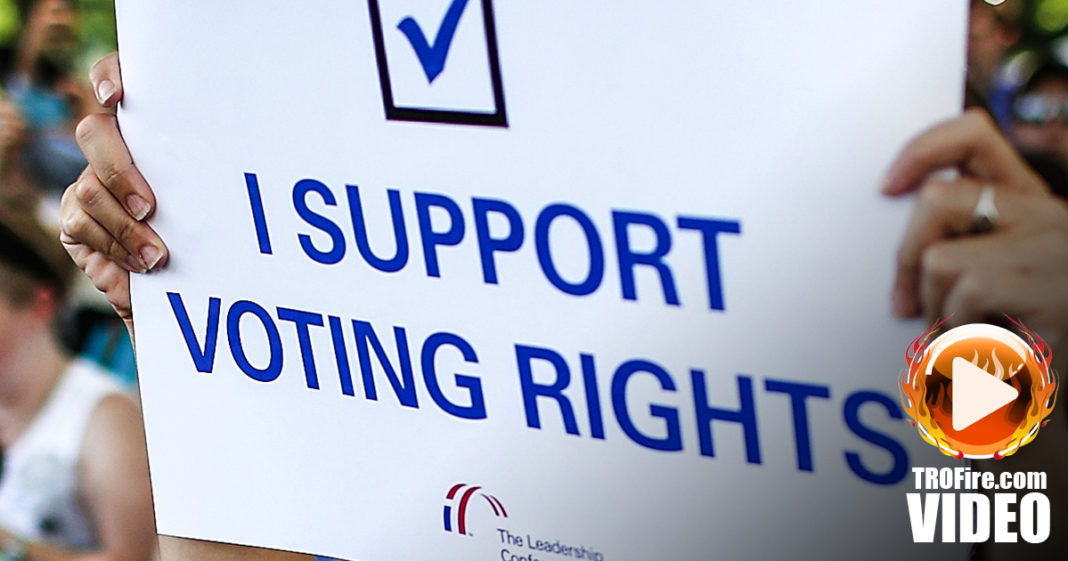 If the Republicans want any chance at winning this year’s election, they’re going to have to steal it.  And that’s going to become even harder now that two separate courts have weakened or eliminated right wing voter ID laws. Ring of Fire’s Farron Cousins discusses this.

Republicans know that the only chance that they have to win this November is by stealing the election. They did it in the year 2000. They did it in 2004. They think they can do it again in 2016, and they’ve been helped along the way with all of these repressive voting laws that are in effect in at least 22 states where they weren’t in effect in 2012, but there is a glimmer of hope coming out of the court systems in the United States.

Just this week, 2 separate court systems have effectively struck down repressive Republican voter ID laws. Down here in the South, the 5th circuit, one of the most conservative courts in the country, struck down Texas’s voter ID law. A 15 judge panel struck down this law because they said it is effectively discriminatory against people of color. Up in Wisconsin, a state that is very much in play in this election, a court struck down the Republican voter ID law and said that if a voter shows up and is unable to produce a photo ID, they can sign an affidavit saying that they were not able to get a photo ID for one reason or another, and then they will be allowed to vote. While that law wasn’t completely struck down, it does give people who cannot afford a photo ID or are unable to get one a means to vote.

Now this is huge, because some reports right now are saying that there is a small chance the state of Texas could turn blue in this year’s election. Now it would be phenomenal if that happened, and it would guarantee Hillary Clinton the White House, but it wouldn’t happen if these repressive laws were still in place. Even though that case got put before one of the most conservative circuit courts in this country, they still understood that the effect of these laws was only meant to discriminate against people of color.

Congratulations, 5th circuit. I am very proud of you. One of the only good rulings we’ve really seen come out of that court. Up in Wisconsin, same thing, because that state could go either way. As long as we keep getting these positive court rulings, it’s going to be harder and harder for the Republicans to steal this year’s election.