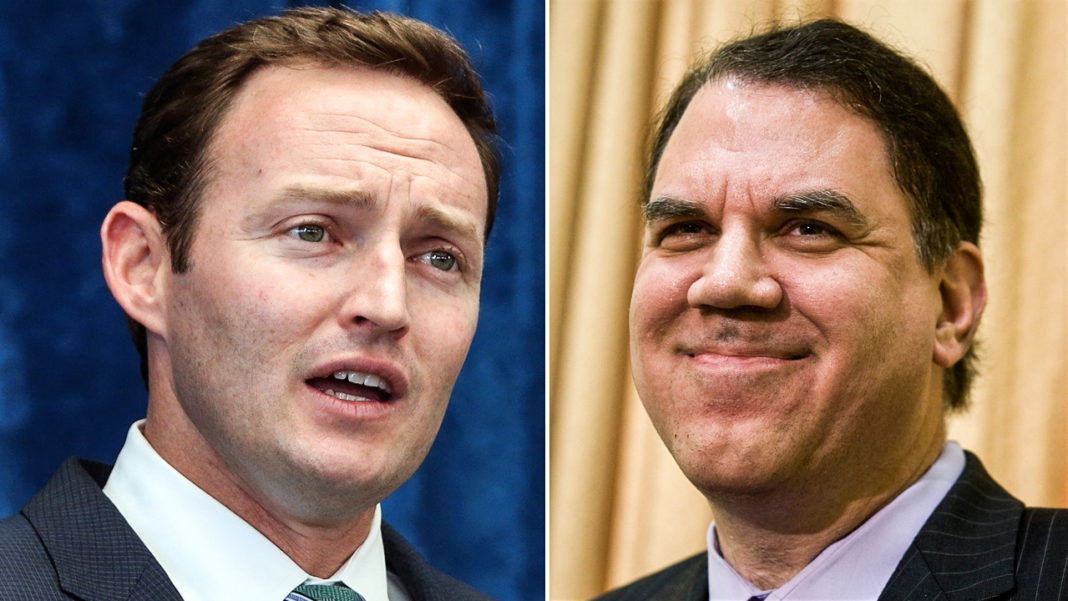 In a year full of emphasis on progressive values, it’s hard to imagine why establishment Democrats would put their support – and cash – behind a barely-Democrat candidate who is owned part and parcel by Wall Street.

But that is exactly what the party will get if they continue to support Rep. Patrick Murphy over progressive Rep. Alan Grayson in the Florida Senate primary race.

The choice is simple: corrupt business-as-usual, or a strong, progressive Senator?

Florida Congressman Patrick Murphy is receiving an unprecedented amount of establishment support from the president all the way down to Senate Minority Leader Harry Reid. In 2016 when progressive values are more important than ever in the Democratic Party, choosing Patrick Murphy over Alan Grayson is about the worst thing the establishment could do. Let’s break this story down a bit. For most of his life Murphy was a registered Republican all the way until 2011 when he decided he would run for Congress. Just four months before he announced his candidacy Murphy changed his party affiliation from Republican to Democrat, threw a handful of cash at some Democratic politicians, and called it a day. Even after he won the Congressional seat, sources confirm that Murphy met privately with former Speaker of the House, John Boehner, to discuss whether or not he could change his party affiliation back to Republican. That apparently didn’t go through, but it’s clear that this guy is not particularly happy to be a Democrat and it shows.

Like Republican darling Donald Trump, Patrick Murphy earned his money the old fashioned way. By asking his rich Republican daddy for a couple of million dollars. In 2011 his father gifted him some stocks in the amount of anywhere between one, and five million dollars bolstering his campaign. Another wonderful attribute that Murphy seems to share with Donald Trump is that he likes to lie about his past in order to emphasize his accomplishments, and puff up his ego. During his career he has repeatedly lied about his past accomplishments as well as his education. For over a year Murphy’s Congressional campaign website, and his Senate campaign website have both said that he earned a dual degree in Accounting and Finance. When in reality Murphy only holds a single degree for Business Administration. There’s no telling why he would lie about something as minor as that, but it doesn’t stop there.

Murphy also has lied about holding a CPA license, claiming that he used it while working under his father’s business. The reality is that Murphy failed to get his CPA license in Florida, and had to go all the way to Colorado to get it, though he’s never practiced in that state. If you ask him Murphy will tell you that he’s a proud small business owner, but the only business he’s ever owned was a partial share in daddy’s business.

Murphy ticks just about every box when it comes to defying progressive ideas. During his brief tenure Murphy has voted against stricter regulations on for-profit universities, voted for the keystone pipeline despite his touted pro-environmental values, took a leading role in select house committees on Benghazi, and is generally considered to be one of the most conservative house Democrats currently serving. In addition, while Alan Grayson vocally supported Bernie Sanders during the primary, Murphy sat quietly on the sidelines before declaring he was with “her” once Clinton was made the presumptive nominee.

What sort of support is Murphy getting? Any Democrat establishment character you can think of has likely supported Murphy in recent months. President Obama has not only endorsed Murphy, but just this week he released a campaign ad for the candidate. A nearly unprecedented action for a sitting president to do for a primary Senate candidate. Last summer when both Murphy, and Grayson announced their candidacies, establishment Democrats nearly stampeded to Murphy to throw wads of cash at him. In just the first nine weeks of his campaign 15 senators gave a whopping $62,000 to Murphy’s Senate race. The senators weren’t just giving their own money. Super PACs controlled by Harry Reid, and Chuck Schumer also gave generously to the Murphy campaign.

Now this may sound like just a bit of political nonsense, and business as usual, until you learn the fact that sitting senators almost never give to primary races. It’s just traditionally a more politically convenient thing to stay out of primary races, and wait until the general election to show your political leanings. What makes this race the one race that so many senators are choosing to show their support for? Quite simply the Democratic establishment is terrified of giving such an important seat to someone that they can’t control and manipulate. Chuck Schumer who’s about as establishment as it gets has been extremely vocal about his support for Murphy, but as representative Alan Grayson pointed out in an interview last month that’s, because the two share a very cozy relationship with Wall Street cash. In fact Murphy has the distinct honor of being one of the most Wall Street friendly representatives in the House, and the most Wall Street friendly Democrat in the House. The only two Congressmen to have gotten more cash from Wall Street is Speaker of the House Paul Ryan, and Republican Kevin McCarthy.

This is just more of the same, and until we can stand up, and demand more strong-willed candidates like Alan Grayson this will continue. How can we openly accept a former Republican, Wall Street darling like Patrick Murphy, when we have a progressive firebrand like Alan Grayson just ready to fight for us in the Senate? Sure, some of you believe Grayson has an abrasive political style. Some may not like that he refused to sit down, and shut up when the establishment tells him to. If you’re going to stand up to establishment bullshit then you have to be unafraid of stepping on a few toes along the way. For once we have to stand up, and demand no more establishment.