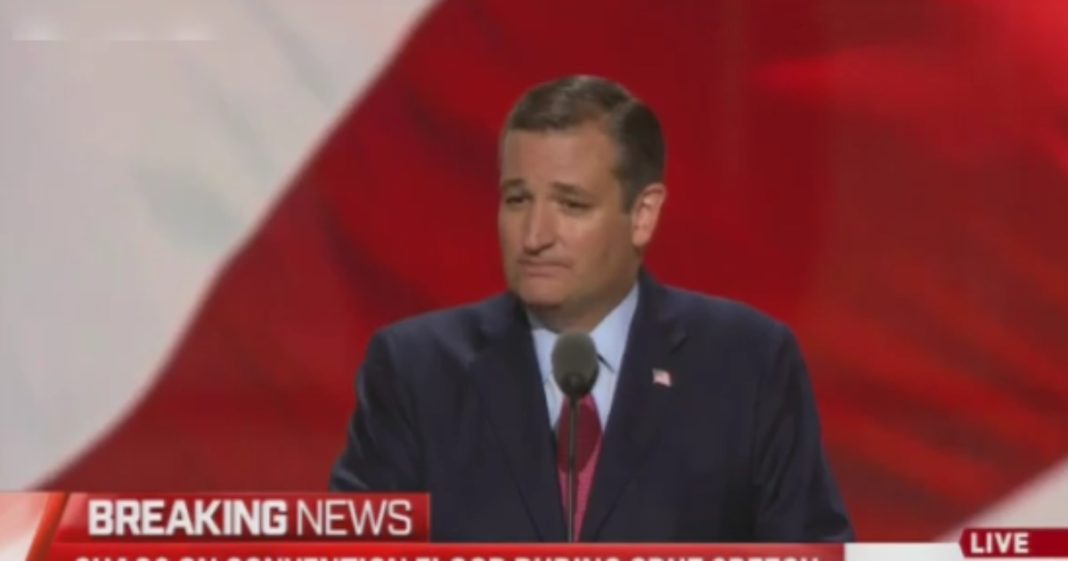 When it was announced that failed presidential candidate Ted Cruz would be speaking at the RNC, a few eyebrows were raised, wondering what the man who has refused to endorse Trump would say at his coronating event. Maybe it was finally time for Cruz to offer his full support for Trump, putting to rest once and for all the “Never Trump” movement?

When it came time for Cruz to speak on Wednesday evening, things quickly descended into chaos, exposing just how rotten the entire Republican party has become.

Though Cruz congratulated the nominee on his official win, he spent the majority of his speech talking about overarching principals of conservatism rather than praising Trump’s campaign.

Near the end, Cruz urged all present and all watching at home to vote their conscience. That was the moment when the rumbling crowd turned on the once-popular Republican, shouting for him to “Say his name,” and “Say Trump!”

The crowd roared and rumbled, yet Cruz did not endorse Trump, nor did he say he would vote for the nominee. As his “God bless America,” brought his speech to a close, the assembled delegates roared with disapproval, booing Cruz off the stage.

Even for someone who likes to see the Republican party in shambles, this was almost too much to handle. Cruz, the literal definition of conservatism and extremism, was just booed by his party for not offering an outright endorsement.

This party is diving down a deep, deep pit, and we may never see it rise again.