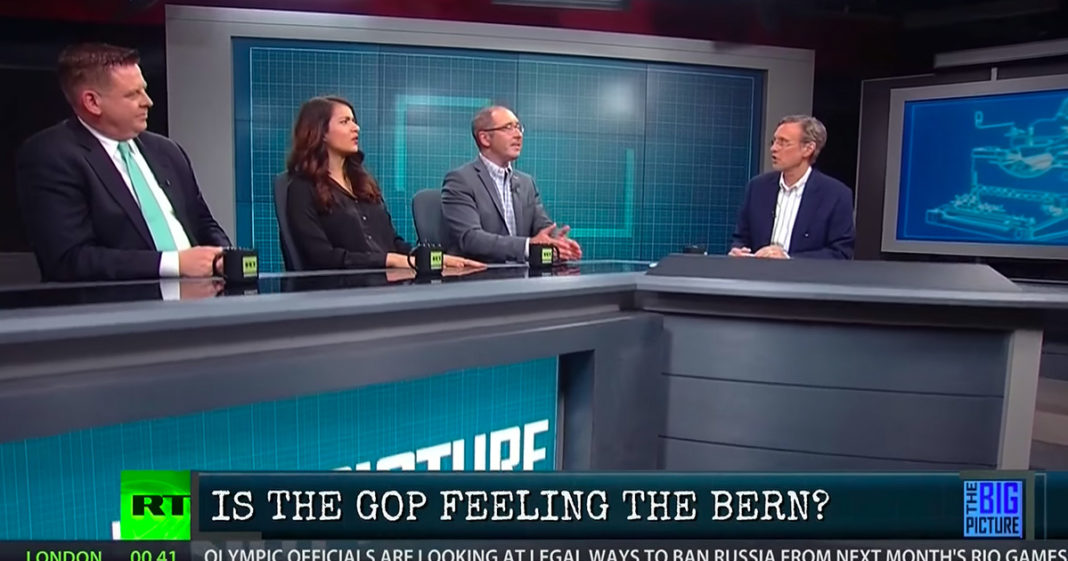 Bryan Pruitt, RedState & Anya Parampil, RT America & Neil McCabe, Breitbart all join Thom. The 2016 Republican platform is one of the most extreme platforms in the history of the party – but it does get one thing right. According to the Trump campaign manager Paul Manafort – the Republican Platform – like the Democratic Platform – will include a proposal to reinstate the Glass Steagall Act of 1933 that created a firewall between Wall Street investment banks and Main Street commercial banks. Is this a shameless attempt to try to attract Bernie Sanders supporters or have Republicans finally woken up to the reality that we need to break up the big banks?