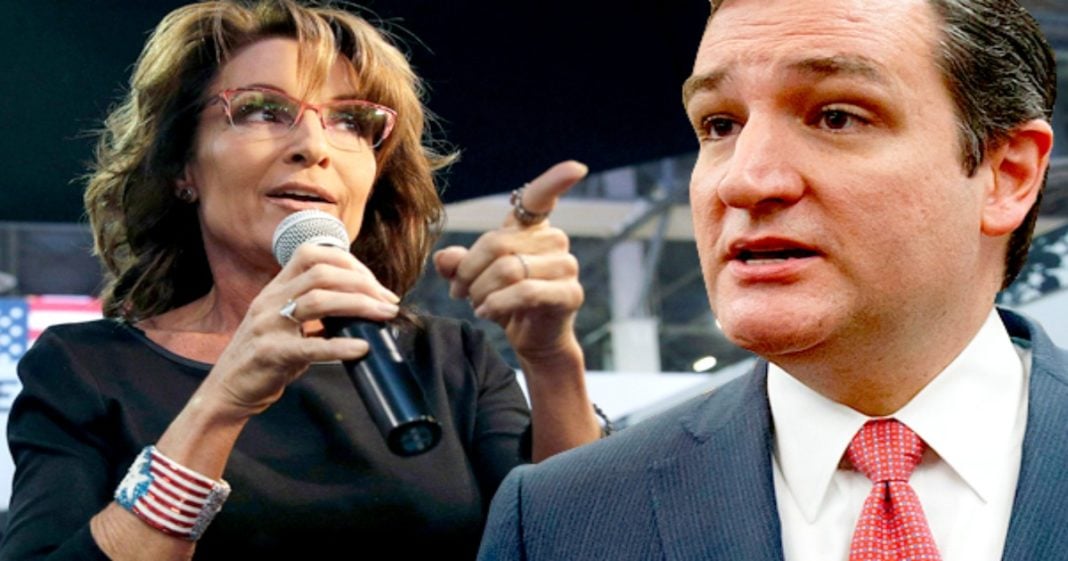 Her comment on Cruz was giant dose of hypocrisy; telling an active Senator that he should give up his career is rich considering that she hasn’t had a career for years, yet continues to spout her political opinions daily.

“Cruz’s broken pledge to support the will of the people tonight was one of those career-ending “read my lips” moments. I guarantee American voters took notice and felt more unsettling confirmation as to why we don’t much like typical politicians because they campaign one way, but act out another way. That kind of political status quo has got to go because it got us into the mess we’re in with America’s bankrupt budgets and ramped up security threats.”

Though Cruz may be an evil tea-party darling, he at least has been a dedicated politician for several years and forms coherent sentences regularly. Sure, both individuals like to sing at inopportune times, but at least Cruz isn’t willing to sing on Trump’s command.

It’s hard to take sides when both sides are so utterly revolting, but when it comes to Palin, the enemy of our enemy is our friend.